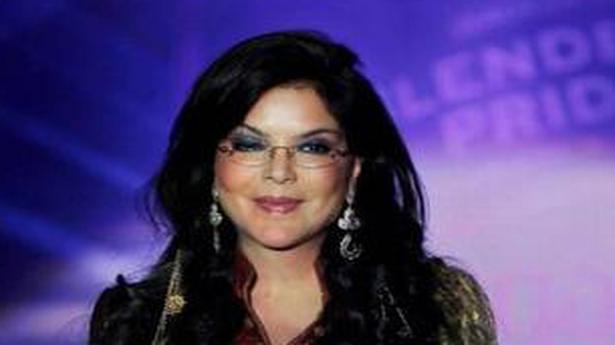 Ashutosh Gowariker’s magnum opus Panipat is one of the most anticipated films of the year, as the director continues to add a stellar list of names to the cast of the historical drama. The latest addition is legendary actress Zeenat Aman, who will be seen in a special appearance, essaying the character of Sakina Begum.

Sakina led the province of Hoshiyarganj and lived within the confines of her kingdom, away from the politics of the region. She played a crucial part in the battle of Panipat when the Peshwas turned to her for help.

Director Ashutosh, in a press release from the film makers, said that it was an absolute honour and a fan moment to be directing ‘Zeenatji’. “There are many many of her films that I have loved and especially her work in them. What is most fascinating about her, is her humility despite all the stardom.” Ashutosh further adds, “I am excited to reveal her look in the film now but can’t.”

Panipat is based on the iconic Third Battle of Panipat, which took place on January 14, 1761 at Panipat. The battle was fought between the northern expeditionary force of the Maratha Empire and invading forces of the King of Afghanistan, Ahmad Shah Abdali, supported by two Indian allies — the Rohilla Afghans of the Doab, and Shuja-ud-Daula, the Nawab of Awadh.

The film also features actors Sanjay Dutt, Arjun Kapoor and Kriti Sanon in prominent roles, and is scheduled to release on December 6, 2019.

The mechanics of crafting transitions

For ensemble pieces in theatre, where actors never once leave the stage, what becomes all important are the transitions between scenes — how the action, settings and mood segue in transforming ways from one set-piece to the next. But often, even in projects with an extended period of rehearsals, transitions are sometimes afterthoughts put into […]

Back to (cyber) school

Like they say is the case with the medical profession, theatre is also a field in which one never stops learning. The human condition, which provides theatre eternal inspiration, is vast and infinite, almost always beyond our grasp which is why we continue to grapple for answers. So too, conventions of live story-telling shift with […]