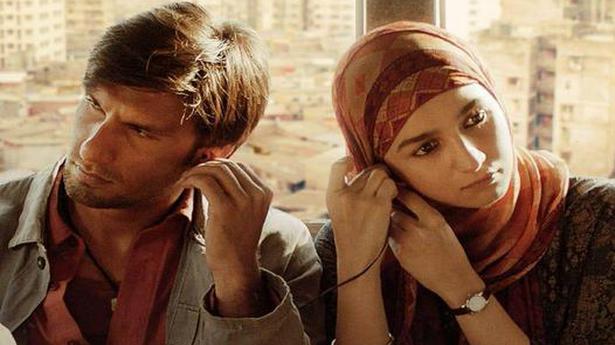 It’s back to Bollywood for India’s official entry to the 92nd Academy Awards in the Best International Feature Film category, with Zoya Akhtar’s Ranveer Singh-Aalia Bhatt starrer Gully Boy the chosen one.

The last mainstream Hindi film to represent India was the controversial Barfi! in 2012.

Centred on Murad, an aspiring rapper from the Dharavi slums, Gully Boy is inspired by the lives of street rappers Divine and Naezy.

According to filmmaker-actor Aparna Sen, the chairperson of the jury that met in Kolkata this week for the screening and selection process, it was felt that the feel-good factor of the film was important for the Oscar nomination.

There were 28 films in contention this year.

There were four Marathi entries and three each in Malayalam, Tamil and Bengali.

While there were two Gujarati entries, Assamese, Kannada, Telugu and Nepali saw one nomination each.

Industry buzz has it that Gully Boy was chosen with a majority of nine votes out of 14; the other five were divided among Super Deluxe, Article 15 and Pahuna.

“The first thing that can be said about it is that the energy of Gully Boy is amazing! Its rhythm gets into your blood! Apart from which it is technically quite brilliant — the photography, the sound, the music, the production design, and of course, the excellent acting! The filmmaker also has her heart in the right place and contrasts the two Indias — the haves and the have nots — poignantly without becoming sentimental or maudlin. Above all, the film has feel-good factor, which we felt was important for an Oscar nomination,” stated Ms. Sen, the chairperson of the jury that met in Kolkata this week.

Producers of films that contend for the official entry are required to pay a steep ₹82,600 as fee to the Film Federation of India.

“Each producer whose film is entered for selection will be required to pay non-refundable service charges of ₹70,000 (₹70,000 service charges + 18% GST) through D.D. payable to the Film Federation of India, at Mumbai,” the guidelines say.

Actor Andrew Jack, best known for playing Major Ematt in the Stars Wars films, has died of coronavirus complications at the age of 76. Jack passed away at a hospital in Chertsey, England on Tuesday, according to his agent, Jill McCullough, reported Deadline. “Andrew lived on one of the oldest working houseboats on the Thames, […]

Despite a low success level of late, Raj Tarun has kept his spirits up. Post Lover in 2018, he signed only two films — Iddari Lokam Okkate and Orey Bujjiga. He shares, “After the release of Lover, I had a vow to fulfil so I got my head tonsured at Tirupati. I took a real […]