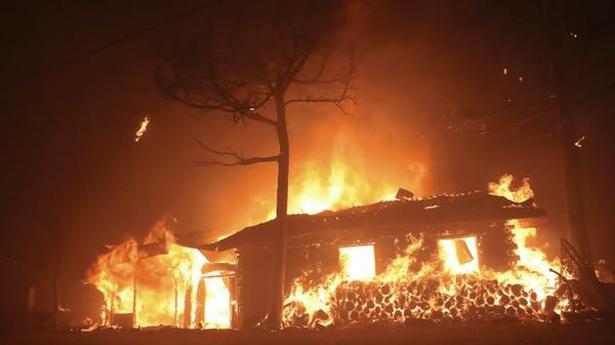 South Korea mobilised more than 15,000 firefighters and soldiers to help douse most of the wildfires that have killed one person and forced more than 4,000 to flee their homes, authorities said on Friday.

Thursday’s fires broke out in the eastern province of Gangwon, razing about 525 hectares and about 134 homes, seven warehouses and other structures, the government said in a statement.

Late on Friday, just 275 people remained in gymnasiums and schools, of more than 4,000 citizens who had been taken there. About 52 schools were closed.

President Moon Jae-in, who has ordered the use of all available resources to put out the fires, visited evacuation shelters and talked to victims.

About 872 fire trucks and 3,251 firefighters from all over the country worked to contain the wildfire, the National Fire Agency said.

Subsidies of about 4 billion won ($3.5 million) will fund the effort to rein in the fires and clear debris, while disaster relief funds of 250 million won ($2,20,000) will help accommodate evacuees and provide necessities, the Interior Ministry said.

An Irish international human rights lawyer who was caught on camera making abusive rants at Air India crew after she was refused alcohol on a flight from Mumbai to London has been jailed for six months in the UK. Simone Burns, was described as “drunk and obnoxious” during a hearing at Isleworth Crown Court in […]

U.S. President Donald Trump aired one of his oldest grievances at the United Nations on Monday: that it’s unfair he never got the Nobel peace prize. “I would get a Nobel prize for a lot of things, if they give it out fairly, which they don’t,” he complained. Mr. Trump went on to raise the […]