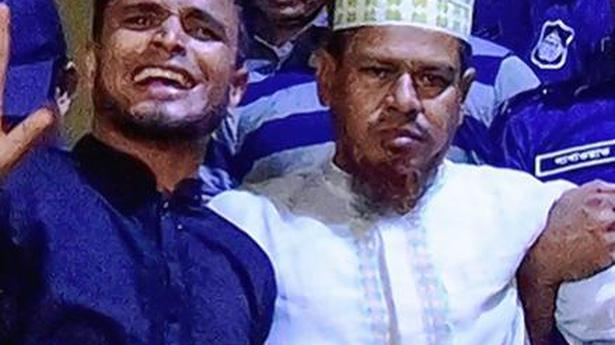 Sixteen people were sentenced to death on Thursday for burning alive a Bangladeshi teenager who refused to withdraw sexual assault charges against her head teacher.

The case highlights what activists say is a culture of impunity over sexual violence in the South Asian country of 168 million people, as well as abuse rife in around 20,000 seminaries that educate mostly poor and rural students.

Nusrat Jahan Rafi was doused in kerosene and set on fire on April 6 after she made a sexual harassment complaint against the principal of her rural Islamic seminary.

The head teacher, who a court in the southern coastal town of Feni found had ordered the brutal killing from jail after being arrested over the harassment claim, was among those sentenced to death. Others included activists from the ruling Awami League party and some students — including two females — who either participated in the killing or guarded the gates of the seminary while it took place.

“The verdict proves that nobody will get away with murder in Bangladesh. We have the rule of law,” prosecutor Hafez Ahmed told reporters after the verdict in a crowded courtroom.

Rafi was lured to the rooftop of the seminary in Sonagazi where her attackers pressed her to withdraw the complaint she had filed with police. When she refused, she was tied up, doused in kerosene and set on fire. She suffered burns to 80% of her body and died in hospital four days later.

After a series of conflicting reports, a Syrian Democratic Forces (SDF) spokesperson confirmed the death of the newborn son of the UK’s runaway ISIS bride, Shamima Begum, in a refugee camp in Syria. The baby, named Jarrah and just over two weeks old, died of pneumonia, according to a medical certificate, the US-backed SDF forces […]

Australia, over the weekend, began to airlift its citizens who were stranded in India because of the ongoing lockdown to fight the COVID-19 pandemic. The first flight took off from here in the early hours of Sunday as part of Canberra’s efforts to bring back nationals stuck in various affected parts of the world. “Supported […]

Bottled water and batteries were flying off the shelves at California stores as millions of customers prepared to live without electricity for days in the face of what Pacific Gas & Electric called an unprecedented wildfire danger. The utility announced that it was shutting off power to 800,000 customers in 34 northern, central and coastal […]