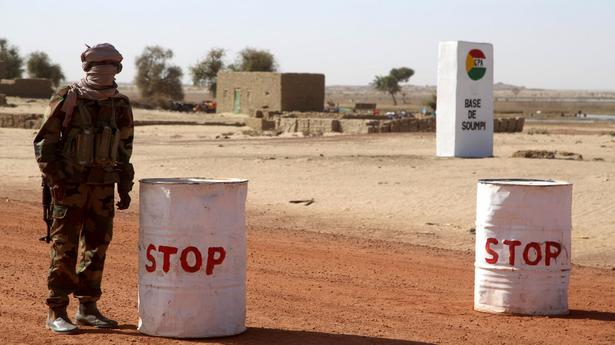 Gunmen attacked an army camp in Mali near the border with Mauritania, killing 20 soldiers Sunday, the government and armed forces said.

The camp in Sokolo in the Segou region remains under the control of Mali’s military, the armed forces said in a statement on Twitter.

Mali’s government said there was significant material damage in the attack, and that reinforcements have been dispatched. Aerial reconnaissance is under way to track down the gunmen, it said in a statement condemning the attack.

Souleymane Maiga, a resident of Sokolo, said the attackers had temporarily taken control of the camp. “The army camp was attacked this morning by gunmen,” he said.

“The attackers temporarily took control of the camp and destroyed everything before leaving. Many of the soldiers who were in the camp took refuge in the village,” he added.

The attack wasn’t claimed but bears the hallmarks of jihadi groups linked to Al-Qaida that are based in the Wagadu forest, located about 50 km from the attacked village.

The rally was expected to be the largest indoor gathering in the world during the pandemic Source: thehindu.com Related

U.S. President Donald Trump on Monday proposed tighter monitoring of the Internet, mental health reform and wider use of the death penalty in response to mass slayings over the weekend that killed 29 people in Texas and Ohio. The man arrested for killing 20 people at a Walmart in El Paso, Texas, reportedly had racist […]