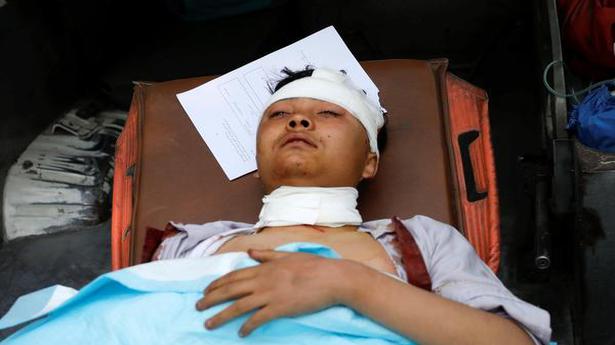 The Kabul attack represents a major security breach and marks a resumption of violence in the capital after weeks of calm amid ongoing peace talks between the U.S. and Taliban in Doha.

The blasts happened during a ceremony marking the 24th anniversary of the death of Shia Hazara leader Abdul Ali Mazari that was attended by many of the country’s political elite, including Mr. Abdullah and former President Hamid Karzai. “Today around 12 noon … mortars were fired on the gathering of Abdul Ali Mazari,” Nasrat Rahimi, acting Interior Ministry spokesman, said in a statement.

Trump warns Kim has ‘everything’ to lose through hostility

President Donald Trump warned Sunday that North Korea’s Kim Jong Un had “everything” to lose through hostility towards the United States, after Pyongyang said it had carried out a major new weapons test. “Kim Jong Un is too smart and has far too much to lose, everything actually, if he acts in a hostile way,” […]

“Farmers are the soul of any nation. We must protect our soul.” Hundreds of Indian-Americans have held peaceful protest rallies in several cities across the U.S. in support of the Indian farmers who have been protesting against the new agricultural reforms in India. A large car caravan of protesters from various parts of California blocked […]