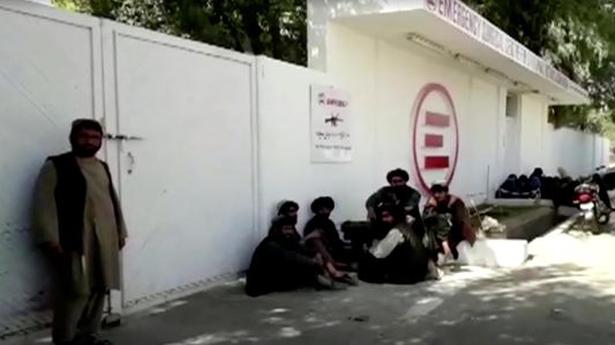 At least 40 civilians at a wedding party were killed on Sunday night during a raid conducted by Afghan special forces and supported by U.S. airstrikes on Taliban hideouts in the southern Helmand province, Afghan officials said.

The violence has further rattled Afghanistan, which is facing an upsurge in violence after U.S.-Taliban peace talks to end America’s longest war collapsed earlier this month.

Abdul Majed Akhund, deputy provincial councilman, said the majority of the dead are women and children who were at a wedding ceremony that was taking place in Musa Qala district.

Mr. Akhund said that 12 other civilians were wounded and are in the hospital in Lashkar Gah, the capital of the province.

There were conflicting reports on the numbers of killed and wounded from different sources as the area is under Taliban control.

Mr. Akhund said authorities are investigating reports that civilians attending a wedding died in the raid on Sunday night in Musa Qala.

Afghanistan’s Defence Ministry, in a statement, said that as a result of the operations in Musa Qala district, 22 foreign members of the Taliban were killed and 14 arrested. The arrested terrorists include five Pakistani nationals and one Bangladeshi.

“The foreign terrorist group was actively engaged in organising terrorist attacks,” said the statement, which added that a large warehouse of the terrorists’ supplies and equipment was also destroyed.

Omar Zwak, the provincial governor’s spokesman, said 14 insurgents, including six foreigners, were killed during the raid. They were investigating reports of civilian casualties.

The deadly strike came after a drone attack last week in eastern Afghanistan’s Nangarhar province killed at least 16 and wounded tens of others, most of them civilians. U.S. forces said the attack was targeting Islamic State militants.

U.S. Supreme Court Justice Ruth Bader Ginsburg is the winner of this year’s $1 million Berggruen Prize for philosophy and culture. The award announced on Wednesday by the Los Angeles-based Berggruen Institute honours Ms. Ginsburg for her pioneering legal work for gender equality and her support for the rule of law. The institute says Ms. […]

Under the new rules by the State Department, all the visa applicants for the United States will now have to submit their social media details to obtain a visa. The new rules also demand five years’ worth of email addresses and phone numbers from the US visa applicants. When proposed last year, authorities estimated the […]

Analysis | To pursue or abandon? India’s options after yet another China blow on Azhar listing as global terrorist