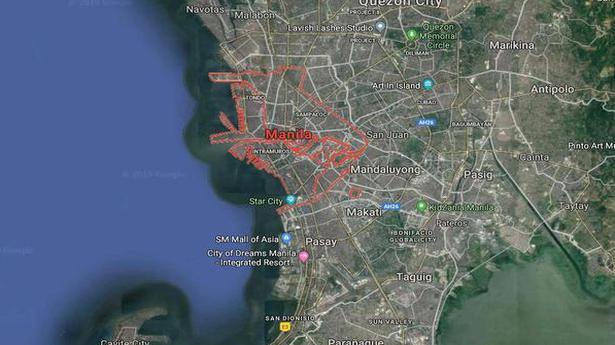 A magnitude 6.3 earthquake struck the central Philippines on Monday, the U.S Geological Survey (USGS) said, and a Reuters witness said office buildings swayed in the main business district of the capital, Manila.

The quake struck 60 km (37 miles) northwest of Manila at a depth of 40 km (25 miles). The USGS initially said the magnitude was 6.4 but later downgraded it slightly.

There were no immediate reports of casualties or damage. Some people evacuated their offices in Manila.

The Philippines is on the seismically active Pacific “Ring of Fire”, a horse-shoe shaped band of volcanoes and fault lines circling the edges of the Pacific Ocean.

More than 60 doctors have written to British authorities asserting that WikiLeaks founder Julian Assange urgently needs medical treatment at a university hospital. The doctors said in a letter published on November 25 that Assange suffers from psychological problems including depression as well as dental issues and a serious shoulder ailment. Assange is in Belmarsh […]

A new draft law that could make it easier for foreigners to gain permanent residency in China has stirred up a torrent of xenophobia online. The proposal, released by the Justice Ministry last week, has been gathering billions of views and a flood of angry posts on social media, targeting Africans in particular. “China’s forty […]

Another 67 people have tested positive for the coronavirus on the Diamond Princess cruise ship in Japan, Health Minister Katsunobu Kato said on Saturday. The United States said earlier on Saturday it would send an aircraft to Japan to bring back U.S. passengers on the quarantined Diamond Princess, where the most coronavirus infections outside China […]