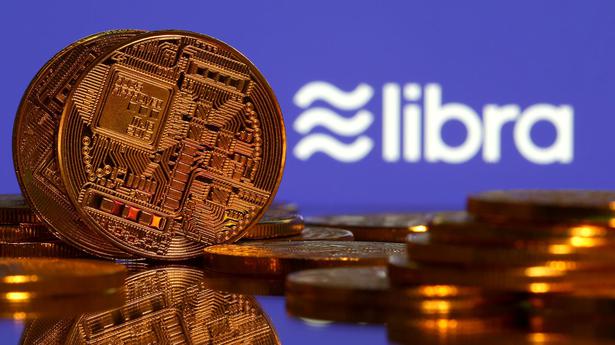 Facebook announced the launch of digital currency ‘Libra’ in June 2019, describing it as a global currency and financial infrastructure aimed at creating “a more inclusive financial system.”

Facebook renamed its ventures digital currency venture as ‘Diem’ on Tuesday in a move to gain regulatory approval by stressing the project’s independence.

“The original name was tied to an early iteration of the project that received a difficult reception from regulators. We have dramatically changed that proposition,” CEO Stuart Levey had told Reuters.

The new name means ‘day’ in Latin, and it reflects the project’s growing maturity and independence, Levey stated.

Facebook announced the launch of digital currency ‘Libra’ in June 2019, describing it as a global currency and financial infrastructure aimed at creating “a more inclusive financial system.”

The system would involve blockchain-based payment ecosystem, digital currency backed by Libra’s reserve of assets made up of cash equivalents and very short-term government securities, and governance by and independent Libra Association.

In the same year, Libra CEO David Marcus and Facebook CEO Mark Zuckerberg stated that they will wait for regulatory approvals before deploying the currency.

The currency is governed by the Libra Association based in Geneva, Switzerland, and is tasked with developing and operating the payment system with secure network via blockchain.

The founding members at the time of announcement consisted of 28 global companies along with Facebook, including major payments firms like Visa, Mastercard, Stripe and PayPal.

Within the next few months, Visa, Mastercard, Stripe, eBay and PayPal announced their departure from the project, respecting the company’s decision to wait for regulatory clarity.

The project faced backlash from central banks in several countries including the U.S. and the European Union (EU).

U.S. lawmakers asked Facebook to halt development and subsequent launch of Libra in mid-2019 as the cryptocurrency market lacked a clear regulatory framework. They also noted that Facebook has repeatedly shown disregard for protection and careful use of data.

French Finance Minister Bruno Le Maire said in September 2019 that the country will not authorise the development of the Libra currency as it threatens the monetary sovereignty of governments.

Several industry specialists also doubted whether the cryptocurrency will safeguard the privacy of users.

In July last year, a dozen fake Libra accounts and pages were discovered online by The Washington Post, making it harder to satisfy regulatory authorities.

Last week, the Financial Times(FT) reported that Libra is readying to launch as early as January 2021, citing three people involved in the project.

The Libra Association will issue and govern the plans to launch a single digital coin backed by the U.S. dollar, FT noted.

The licensing process is ongoing and the operational subsidiary of the Association is in active and productive dialogue with the The Swiss Financial Market Supervisory Authority (FINMA), Diem said in a statement on Tuesday.

Pakistan’s Foreign Minister Shah Mahmood Qureshi on Sunday embarked on a visit to Iran and Saudi Arabia amidst regional tension over the killing of a top Iranian general in a US drone strike in Iraq. Mr. Qureshi’s visit came after Prime Minister Imran Khan directed him to travel to the region following the tension between […]

World ‘at the breaking point’ due to inequalities, says UN chief

A new generation of social protection is needed, including universal health coverage and perhaps maybe even a universal basic income he said Source: thehindu.com Related