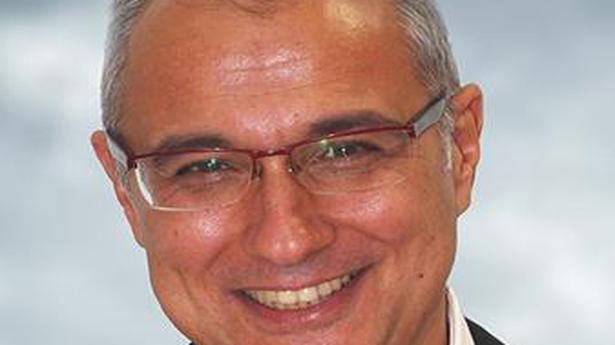 A Greek man, who narrowly missed the Ethiopian Airlines flight on Sunday, says he argued with ground staff to try and board after reaching the gate late.

“I saw the last passengers going through but the gate had already closed. I complained, in the usual way when that kind of thing happens. But they were very kind and placed me on another flight,” Antonis Mavropoulos told Greece’s private Skai Television, speaking from Nairobi. Mr. Mavropoulos, who runs a recycling company and lives in Athens, was travelling to Kenya to attend an environmental conference.

“I’m slowly coming to terms with what happened and how close it came. On the other hand, I’m also very upset I’m shattered for those who were lost,” he said in the interview on Monday. “To be honest, I didn’t get much sleep last night.”

Mr. Mavropoulos put his survival down to luck. “I didn’t check in my suitcase because I knew the gap between connecting flights was tight. If I had checked the bag in, they would have waited for me,” he said. “This is a very difficult moment one that can change your life.”

The UN office in Nairobi joined Ethiopia in mourning the 157 dead in Sunday’s Ethiopian Airlines crash. The U.N. resident coordinator in Nairobi, Siddharth Chatterjee, said that

“This has taken us by shock… But it also goes to reinforce the mortality of human life and therefore reinforces the need for humanity.”

The UN migration agency said that one of its staffers, German citizen Anne-Katrin Feigl, was on the plane en route to a training course in Nairobi.

The United States no longer has military primacy in the Pacific and could struggle to defend allies against China, a top Australian think tank has warned. A hard-hitting report from the United States Studies Centre at the University of Sydney released on Monday said the US military is an “atrophying force” that is “dangerously overstretched” […]

Syria’s Kurds on Sunday announced a groundbreaking deal with Damascus on a Syrian troop deployment near the border with Turkey, as Ankara pressed a deadly cross-border offensive that has sparked an international outcry. The announcement came as the United States ordered the withdrawal of almost its entire ground force in Syria. Defence Secretary Mark Esper […]

Algeria’s parliament has named an interim leader to replace former President Abdelaziz Bouteflika, who resigned last week under pressure from a pro-democracy protest movement that won the army’s backing. The parliament on Tuesday named Abdelkader Bensalah, the leader of parliament’s upper chamber, as president for a maximum 90 days as is called for by the […]