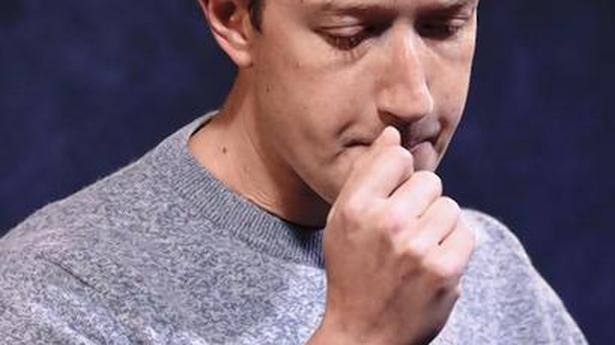 “In fact, you have opened up a serious discussion about whether Facebook should be broken up.” These were the strong words of Maxine Waters, Chair of the Financial Services Committee of the House of Representatives to Facebook founder Mark Zuckerberg, during a hearing on the social media giant’s plan to launch a cryptocurrency payments system.

For over five hours on Wednesday, members of Congress conducted a general assessment of Facebook and its founder. Mr. Zuckerburg was strongly criticised for Facebook’s failures on many fronts.

Discussing the company’s record on diversity and inclusion, fair housing, competition, data privacy, its use by Russians seeking to interfere in U.S. elections and its policies on political speech, Ms. Waters set the stage with her opening remarks.

During his testimony, Mr. Zuckerburg touched on key points that lawmakers later raised. So much so, one lawmaker called Mr. Zuckerberg out on it. “Your opening statement sounded great. I think that your advisers advised you to what we wanted to hear and interests that you think that members of Congress on various sides wanted, but words are different than actions, sir,” said Gregory Meeks, a Democrat from New York. The hearing repeatedly returned to that — words and deeds and the gap between them.

In his opening testimony, Mr. Zuckerburg said he wanted to reach through Libra — Facebook’s global payments system — the 14 million in the U.S. and more around the world who did not have access to banking. He talked about “putting power in people’s hands” and about making transferring money as easy as sending a text. He talked about the geopolitical impact of innovating — and of his innovation. “Libra will be backed mostly by dollars and I believe that it will extend America’s financial leadership around the world, as well as our democratic values and oversight,” he said, warning the House that the rest of the world, especially China, was moving ahead.

Libra has had a difficult journey since Facebook announced the project in June. France has said it will block Libra in the European Union (EU) and several companies, starting with PayPal and then Mercado Pago, eBay, Mastercard, Visa and Stripe, dropped out of the project. At least some of them pulled out due to pressure from U.S. lawmakers.

Mr. Zuckerburg has apparently noticed. During his testimony, he said that Facebook will not be part of the launch of Libra payments system until U.S. regulators approve and Libra fully addresses regulatory concerns. Lawmakers also quizzed him on interference, Cambridge Analytica, privacy and diversity. Facebook’s policy of not fact-checking the political ads it runs came up repeatedly.

Congresswoman from New York, Alexandria Ocasio-Cortez said that Mr. Zuckerberg, “of all people”, could understand using past behaviour to predict future behaviour. With more than a hint of sarcasm in her tone, she asked Mr. Zuckerberg when he and his colleague Sheryl Sandberg became aware of the Cambridge Analytica data-harvesting scandal. She also quizzed him on Facebook’s fact-checking policy. “I just want to know how far I can push this in the next year. Under your policy… using Census data as well, could I pay to target predominantly black zip-codes and advertise them the incorrect election date?”

“No Congresswoman, you couldn’t,” Mr. Zuckerberg said, explaining that anything that constituted imminent risk of harm, voter or census suppression would be taken down. Ms. Ocasio-Cortez then asked if she could run ads saying Republicans voted for the (her) New Green Deal since Facebook was not fact-checking political ads. Mr. Zuckerburg said he did not know off the top of his head. Cindy Axne, an Iowa Democrat, said she took “very personally”, Monday’s announcement from Facebook that it had removed four accounts from Russia and Iran attempting to interfere in the 2020 election. Mr. Zuckerberg had admitted that Facebook was on the back foot in 2016 with regard to alleged Russian interference.

One Congressman, Al Green, wanted to find out how many of the people running the Libra Association (an association that will oversee Libra) were rich, white, straight and male. Mr. Zuckerberg said he did not know off the top of his head.

Perhaps Mr. Zuckerberg summed up an underlying theme in much of the questioning on Wednesday when he said, “We’ve faced a lot of issues over the past few years, and I’m sure there are a lot of people that wish it was anyone but Facebook helping to propose this [Libra].”

U.S. Congressman Steve King, who was called out by his colleagues last year for using hateful rhetoric, lost his bid for reelection on Tuesday as a Re Source: thehindu.com Related

No improvement in Sharif’s health, docs advise ex-Pak PM be shifted to US

Pakistan’s ailing former prime minister Nawaz Sharif, who is currently undergoing treatment in London, has shown no improvement in his platelet count and the doctors have advised that he be shifted to the US for better medical care, a top PML-N official said on Monday. Pakistan Muslim League-Nawaz (PML-N) Spokesperson Marriyum Aurangzeb said the 69-year-old […]