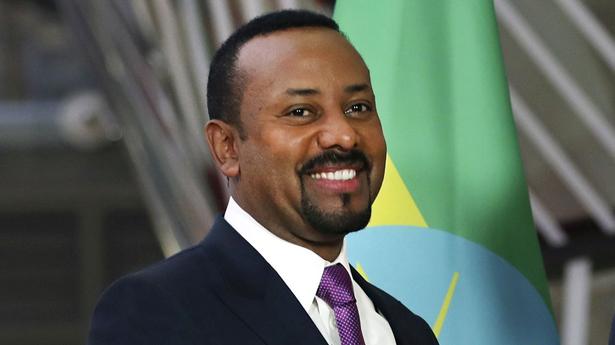 He received the award for his efforts to achieve peace and international cooperation, and in particular for his decisive initiative to resolve the border conflict with neighbouring Eritrea, a statement from the Committee said.

On July 9, 2018, following a historic meeting in Eritrea’s capital Asmara, Abiy and Eritrean President Isaias Afwerki formally ended a 20-year-old stalemate between the countries in the wake of the 1998-2000 border conflict.

He is Africa’s youngest leader and has instilled a certain optimism in a region of Africa marred by violence.

The 17 new cases include 12 asymptomatic patients, taking the number of such infections to 515, the NHC said Source: thehindu.com Related

Is Sri Lanka witnessing a shift in rainfall patterns?

The outcome of their November 16 presidential poll may have given Sri Lankans much to discuss in the fortnight since, but many of them are invariably discussing another topic — the intensity of the recent spells of rain. Even as Sri Lanka’s scheduled northeast monsoon is kicking in, the volume and force of the rainfall […]

India on Wednesday sent 23 tonnes of essential medicines to Nepal to help it fight the coronavirus (COVID-19) pandemic which has infected 45 people in the country. The country’s Prime Minister K.P. Sharma Oli thanked his Indian counterpart Narendra Modi for the generous support.   “I thank Prime Minister Shri @narendramodi ji for India’s generous […]