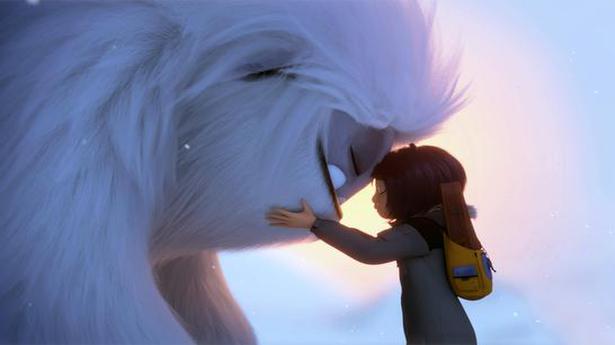 Animated film Abominable will not be shown in Malaysia after its distributor on October 20 said it could not comply with censors’ demands to cut a controversial scene showing Beijing’s disputed claims in the South China Sea.

The decision comes after Vietnam pulled the Universal Pictures movie from theatres days ago and the Philippines’ foreign secretary called for the segment to be excised.

“Universal has decided not to make the censor cut required by the Malaysian censor board and as such will not be able to release the film in Malaysia,” United International Pictures Malaysia said in an email to AFP.

The animated film about a Chinese teenager helping a yeti return to his home shows a chart featuring the “nine-dash” line which sets out Beijing’s expansive claims to the flashpoint waters.

By including the U-shaped line, the movie, a joint production by Universal Pictures subsidiary DreamWorks and China’s Pearl Studio, has stumbled into a festering row that has long been a source of friction between Beijing and Southeast Asia.

Malaysia’s film censorship board chief Mohamad Zamberi Abdul Aziz had said that the movie, due for release on November 7, could be screened in the country “with the condition that the map, which has become controversial, is removed”.

Beijing has based its claims to almost all of the resource-rich South China Sea, which is home to important shipping routes, on historic documents. Philippines, Vietnam and Malaysia, Brunei and Taiwan are rival claimants.

The movie was released in Vietnam on October 4 but the country’s main cinema franchise CGV said it would no longer show the film after it was notified about the map.

It also opened in Philippine cinemas earlier this month, with the adverse reaction not surfacing until later. Philippine Foreign Secretary Teodoro Locsin said that “of course they should cut out the offending scene”.

A 2016 arbitral tribunal ruling said China’s claim was without basis, something Beijing has ignored.

The head of National Aeronautics and Space Administration (NASA) on Tuesday branded India’s destruction of one of its satellites a “terrible thing” that had created 400 pieces of orbital debris and led to new dangers for astronauts aboard the International Space Station. Jim Bridenstine was addressing employees of the NASA five days after India shot […]

House to vote on impeachment probe

In a change in strategy, the Speaker of the U.S. House of Representatives, Nancy Pelosi, announced that the House will hold a formal vote on the impeachment inquiry. The vote, which is planned for Thursday, comes some five weeks after House Democrats launched an inquiry into whether U.S. President Donald Trump had violated his oath […]