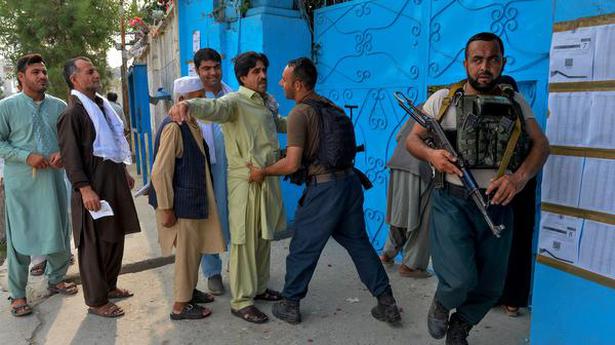 Afghanistan’s presidential election turnout is unofficially estimated at just over 2 million people or about 20 percent of registered voters, an official said on Sunday, solidifying fears that a low participation rate could marr the vote.

The figure is a sharp drop from the roughly 7 million who turned out to vote in the last presidential election in 2014.

Tight security ensured the election took place on Saturday in relative calm, but low turnout and complaints about the voting system heightened fears that an unclear result could drive the war-torn country into further chaos.

To be sure, many Afghans braved the threat of militant attacks to vote in an election seen as a major test of the Western-backed government’s ability to protect democracy against Taliban attempts to derail it.

But of the 9.67 million registered voters, only about one in five cast their ballot, according to the election commission official who requested anonymity as they were not authorised to release a turnout figure.

Previous elections were tainted by accusations of fraud, dozens of deaths and allegations that the election commission was not independent.

Deteriorating security and Taliban warnings to not to take part also deterred many from the polls.

Taliban fighters attacked several polling stations across the country to try to derail the process, but intense security prevented the large-scale violence.

Preliminary results are not expected before October 19 and final results not until November 7. If no candidate gets over half of the votes, a second round will be held between the two leading candidates.

Telegram, a popular encrypted messaging app, will allow users to cloak their telephone numbers to safeguard Hong Kong protesters against monitoring by authorities, according to a person with direct knowledge of the effort. The update to Telegram, planned for release over the next few days, will allow protesters to prevent mainland Chinese and Hong Kong […]