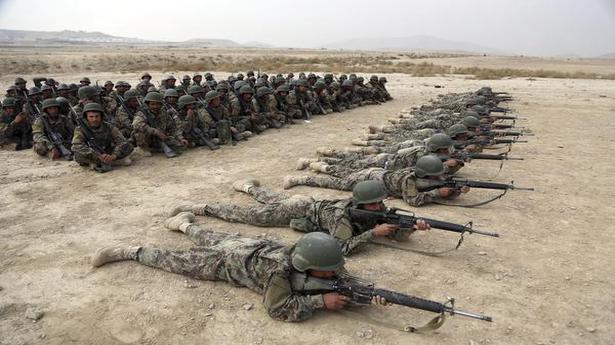 Afghan forces have launched an operation to drive back the Taliban four days after the insurgents attacked and besieged an army compound in the western Badghis province.

Col. Qais Mangal, a Defense Ministry spokesman, said Monday that at least 12 security forces have been killed in the last 48 hours, bringing the overall death toll to more than 40. Dozens more have been wounded. Mangal says dozens of insurgents have been killed and wounded by air and ground forces.

A provincial council member said last week that around 600 Afghan security forces were trapped inside the base, running low on ammunition, food and water. There was no immediate update on their numbers or condition.

The Taliban effectively control half the country and launch daily attacks on the army and police.

Democrats on Tuesday charged Donald Trump with two articles of impeachment, abuse of power and obstruction of Congress by pressing his Ukraine counterpart for help in attacking his rivals in the 2020 election, making him only the third president in American history to face the ignominy. House Judiciary Committee Chairman Jerry Nadler alleged that Trump, […]

Chinese state media say 11 workers were killed and two seriously injured when the cable on an elevator snapped at a construction site in northern China. The Voice of China radio said the accident occurred early Thursday morning in the Hebei province city of Hengshui. It is the latest in a series of industrial accidents […]