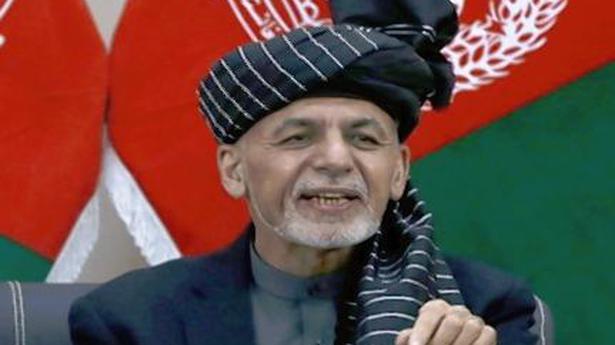 The government of President Ashraf Ghani should be flexible on talks with the Taliban, a prominent Afghan figure has said.

Dr. Ghulam Farouq Azam, a former Mujahideen leader who held dialogue with the UN to end Soviet intervention in the 1980s, said Kabul should trust local networks and the traditional consultation process.

“The Kabul government’s position is often an obstacle (in negotiation with insurgents). We have a rich tradition of Jirga, negotiations. They need to do their homework,” Mr. Azam told The Hindu on the phone.

He urged President Ghani to allow necessary space to the difficult dialogue to unfold.

His comments came on Sunday when Kabul witnessed the launch of Mr. Ghani’s election campaign as well as a huge blast.

Addressing a large rally of his supporters at the Hall of the Loya Jirga in Kabul Polytechnic, the Afghan President said: “Peace is coming and negotiations will take place.”

On Saturday, Abdul Salam Rahimi, Minister of State for Peace, claimed that Kabul would hold direct talks with the Taliban in a fortnight. Within hours, Mr. Khalilzad responded that the U.S. and the Taliban will have to reach an agreement before Kabul’s government holds direct discussion with the rebels.

Explained: How likely is Donald Trump to get impeached?

The story so far: Even by the standards of his rambunctious term in office so far, U.S. President Donald Trump has found himself in the cross hairs of a political-existential challenge — the prospect that he might be the fourth American President in history to face impeachment proceedings, after Andrew Johnson in 1868 (violation of […]

Pakistan Prime Minister Imran Khan on Saturday demanded an immediate report on the Quetta mosque blast during Friday prayers that killed at least 15 people and left 20 others injured in the restive Balochistan province, terming the incident as a condemnable “cowardly terrorist attack”. The deadly blast came three days after a bomb explosion claimed […]

Nigerian authorites have laid charges including murder, robbery and street violence against 142 people over unrest during the coronavirus lockdown, police said on Friday. The suspects were arraigned at a magistrate court on Thursday for alleged incidents in Ogun state, which abuts the country’s economic hub, Lagos. “They were 142 in number and were accused […]