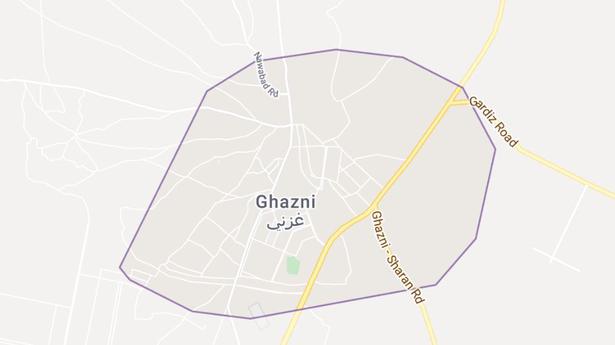 A passenger plane from Afghanistan’s Ariana Airlines crashed on Monday in a Taliban-held area of the eastern Ghazni province, local officials said.

Arif Noori, spokesman for the provincial Governor, said the plane went down around 1-10 p.m. local time (8-40 a.m. GMT) in Deh Yak district, which is held by the Taliban. Two provincial council members also confirmed the crash.

The mountainous Ghazni province sits in the foothills of the Hindu Kush mountains and is bitterly cold in winter. The Taliban control or hold sway over around half the country.

The last major commercial air crash in Afghanistan occurred in 2005, when a Kam Air flight from the western city of Herat to the capital, Kabul, crashed into the mountains as it tried to land in snowy weather.

The war however has seen a number of deadly crashes of military aircraft. One of the most spectacular occurred in 2013 when an American Boeing 747 cargo jet crashed shortly after takeoff from Bagram air base north of Kabul en route to Dubai in the United Arab Emirates. All seven crew member were killed. The U.S. National Transportation Safety Board investigation found inadequately-secured cargo had shifted during flight, causing damage to the control systems that “rendered the airplane uncontrollable.”

Afghanistan’s aviation industry suffered desperately during the rule of the Taliban when Ariana, its only airline at the time, was subject to punishing sanctions and allowed to fly only to Saudi Arabia for Hajj pilgrimage flights.

U.S. health officials on Thursday reported 18 deaths due to a mysterious lung illness linked to e-cigarettes and other vaping products and said the number of confirmed and probable cases of the condition now exceeds 1,000. Public health officials are still at a loss to explain the cause of the severe lung illnesses, which have […]

The top Democrat in the US Congress ordered a safety review for a Muslim congresswoman and her family Sunday after accusing President Donald Trump of putting her in danger by tweeting a video of her spliced with footage of the 9/11 attacks. House Speaker Nancy Pelosi took time out from an official trip to issue […]

“Get out”: Australians urged to flee as huge bushfires revitalise

Australian authorities urged nearly a quarter of a million people to evacuate their homes on Friday and prepared military backup as soaring temperatures and erratic winds were expected to fan deadly bushfires across the east coast. Temperatures were expected to shoot well above 40 degrees Celsius (104 degrees Fahrenheit) in several parts of the country […]