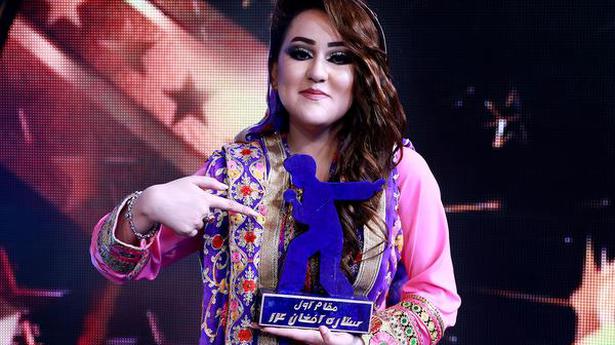 The first woman to win the Afghan version of American Idol says she will fight the Taliban with her music.

Zahra Elham won the 14th edition of Afghan Star last week, after male contestants took the prize in the hugely popular televised singing competition for 13 years in a row.

“I was very proud of myself but at the same time shocked to be the first woman to win the contest,” the young woman in her early 20s said.

No one sings in her family, she said. She was inspired from YouTube videos of idols such as Aryana Sayeed, an Afghan pop singer and social media star often likened to Kim Kardashian — a characterisation that in conservative Afghanistan is a bold, deeply political one.

When asked if she, like Ms. Sayeed, is now a role model for Afghanistan’s young women, Ms. Elham’s response underscored the importance of her new platform in a country where women are largely absent from public spaces. “Yes, my voice is important for the women of Afghanistan,” she replied bluntly.

The result made international headlines at a time when many women in the deeply patriarchal country fear their hard-won rights may come under threat as the U.S., seeking a way out of the war, holds talks with the Taliban. But if the Taliban return to some semblance of power in Afghanistan, she says, “I will fight with my music, because I want to make my life music and singing”.

The Taliban used their interpretation of Islam to ban music during their rule.

India and China on Monday voiced their differences over the recent developments in Kashmir, with External Affairs Minister S. Jaishankar calling upon Beijing not to deviate from the gains of the Wuhan informal summit and Astana consensus and his counterpart Wang Yi urging New Delhi to make special efforts to build regional peace. Also read: […]