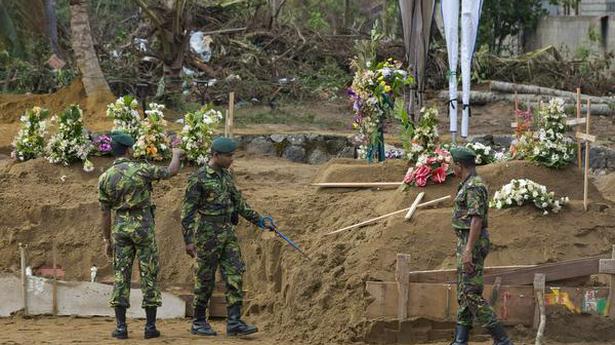 Intelligence inputs regarding a possible terror attack in Sri Lanka was shared by Indian agencies with their Sri Lankan counterparts earlier this month after the National Investigation Agency (NIA) completed its probe into an ISIS-inspired module planning to kill prominent leaders in South India, officials said in New Delhi.

The input was sent through diplomatic channels to the island nation after a thorough investigation pertaining to the ISIS case in Coimbatore was carried out by the NIA, which has filed a charge sheet against seven people.

During investigation, the probe team had stumbled upon videos of National Thowheed Jamaat (NTJ) leader Zahran Hashim, which was indicative of a terror attack on the Indian High Commission in Colombo.

After further investigation which included cyber trailing of some of the accounts associated with the ISIS, the Central security agencies shared an input with their Sri Lankan counterparts about the churches being the likely target of the ISIS module, they said.

Over 350 people were killed in Sunday’s serial blasts at churches and hotels.

The videos, seized from the accused in the Coimbatore case, showed Hashim asking youths from Sri Lanka, Tamil Nadu and Kerala to establish an Islamic rule in the region.

The arrested accused, who have been chargesheeted since then, include Mohamed Ashiq A., Ismail S., Samsudeen, Mohammed Salauddin S., Jafar Shadik Ali and Shahul Hameed.

The case was originally registered at B3 Variety Hall Police Station, Coimbatore City on September 1 2018 and pertained to the criminal conspiracy hatched by the accused with the intention of furthering the objectives of the proscribed terrorist organisation ISIS by targeting Hindu leaders and activists, who are critical of religious terrorism.

The NIA investigation showed that the arrested persons had got radicalised on the violent extremist ideology of the ISIS and they had been propagating the same ideology over the social media.

The accused in Coimbatore case were in touch with Hashim for being enrolled in the ISIS terror group.

Though the investigation in the case are complete, the officials did not rule out the possibility of questioning all the six accused again in case some evidence suggested that they had any knowledge about the blasts in Sri Lanka.

Drive against single-use plastic to be intensified: Collector

The district administration of Vellore would intensify its drive against usage of single-use plastic items such as bags and cups, said Collector A. Shanmuga Sundram While launching an awareness campaign on the ban on usage of such articles among the traders in Nethaji Flower, Vegetable and Fruit market in Vellore on Wednesday, the Collector announced […]

A 13-year-old suicide bomber blew himself up at a wedding in eastern Afghanistan’s Nangarhar province, killing five people and injuring 11 others. Police official Fayz Mohammad Babarkhil said the child blew himself up early Friday at a wedding organized by Malik Toor, a commander of a pro-government militia. Toor died in the attack, and officials […]

A day before India begins its first phase of voting, an endorsement from Pakistan’s Prime Minister Imran Khan for Prime Minister Narendra Modi was perhaps the least expected statement. To begin with, according to diplomatic protocol, foreign leaders normally shy away from commenting on domestic political outcomes, apart from bland platitudes about ‘working with whoever […]