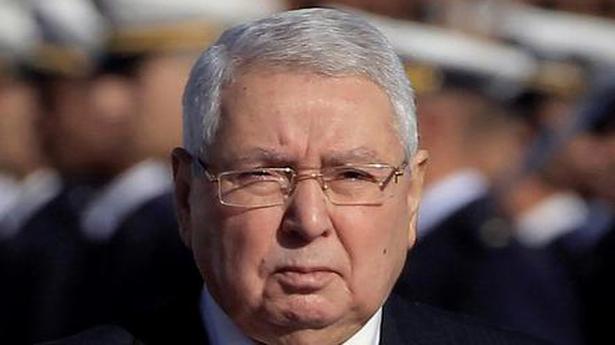 Algeria’s parliament has named an interim leader to replace former President Abdelaziz Bouteflika, who resigned last week under pressure from a pro-democracy protest movement that won the army’s backing.

The parliament on Tuesday named Abdelkader Bensalah, the leader of parliament’s upper chamber, as president for a maximum 90 days as is called for by the constitution until a new election can be organized. Bensalah was a key ally of Bouteflika.

Most of the country’s opposition abstained from the vote on Tuesday. Algerian students again protested in the capital, Algiers. An array of protesters has called for the ouster of the country’s entire political hierarchy.

Algeria’s powerful army chief was due to speak later in the day.

S.Korea’s Moon replaces minister in charge of relations with North

South Korea’s President Moon Jae-in has replaced his unification minister in charge of relations with North Korea and appointed a longtime confidant, Moon’s office said on Thursday. Kim Yeon-chul, a pro-engagement scholar who has headed the state-run Korea Institute for National Unification since last April, will replace Cho Myoung-gyon as the new point man on […]

House to vote on impeachment probe

In a change in strategy, the Speaker of the U.S. House of Representatives, Nancy Pelosi, announced that the House will hold a formal vote on the impeachment inquiry. The vote, which is planned for Thursday, comes some five weeks after House Democrats launched an inquiry into whether U.S. President Donald Trump had violated his oath […]

Facebook has paid hundreds of contractors to listen to and transcribe snippets of users’ conversations, U.S. media reported on Tuesday. Facebook acknowledged the transcriptions, which were first reported by Bloomberg, telling the news agency in a statement that they were made with users’ permission, but that the practice has nonetheless been stopped. “Much like Apple […]