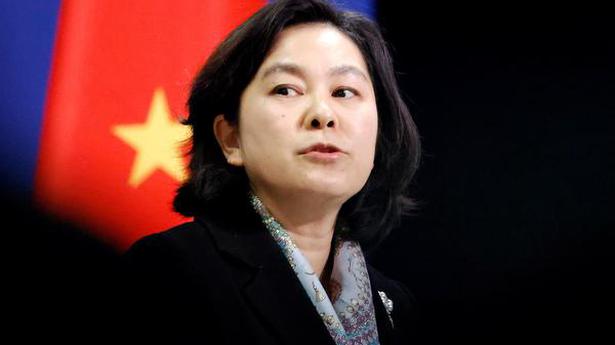 This is the first-time India hosted the SCO Heads of Government meeting after it joined the eight-member grouping in 2017.

China on Wednesday complimented India for hosting the Heads of Government meeting of Shanghai Cooperation Organisation (SCO) for the first time, saying all member states spoke highly of the outcomes reached and appreciated India for organising the conference.

This is the first-time India hosted the SCO Heads of Government meeting after it joined the eight-member grouping in 2017. Chinese Premier Li Keqiang on Monday attended the virtual meeting of the bloc which was also addressed by Vice-President Venkaiah Naidu.

“All parties spoke highly of the outcomes reached and appreciated India hosting this meeting, Chinese Foreign Ministry spokesperson Hua Chunying told a media briefing while replying to a question on India hosting its first SCO Heads of Government meeting and its outcome.

“India for the first time hosted the meeting of the Council of Heads of Government. It was held through video link and leaders talked about how to implement the various summit outcomes and talked about how to enhance cooperation in a host of areas and reached many consensuses,” she said.

“China stands ready to work with India and other members to coordinate and communicate and work together to elevate the SCO and open up another decade of development and cooperation of SCO,” she said.

“Members have been upholding the Shanghai spirit and could forward constructive proposals in various areas to enable SCO to play a positive role in ensuring security and promoting development,” she said.

On Tuesday, Ms. Chunying said “many consensuses were reached at the SCO meeting. The leaders also released a joint communique as ratified many cooperation documents. There are many positive signals.”

In November, Prime Minister Narendra Modi and Chinese President Xi Jinping participated in the SCO Council of Heads of State (SCO-CHS), the highest forum of SCO, meeting hosted by Russia in a virtual format.

The SCO is an economic and security bloc in which India and Pakistan were admitted as full members in 2017. Its founding members included China, Russia, Kazakhstan, Kyrgyzstan, Tajikistan and Uzbekistan.

A jetliner flown by a subsidiary of Air France that made an emergency landing in Iran stayed on the ground for several hours Wednesday before flying to Dubai, according to the airline. The Airbus A340 flown by the low-cost carrier Joon was heading from Paris to Mumbai when it landed in the central Iran city […]

The legislation is likely to benefit hundreds of thousands of Indian professionals in America who have been waiting for years to get their green cards. The US Senate has unanimously passed a Bill that eliminates the per-country numerical limitation for employment-based immigrant visas and raises it for family-based visas, a legislation that will hugely benefit […]