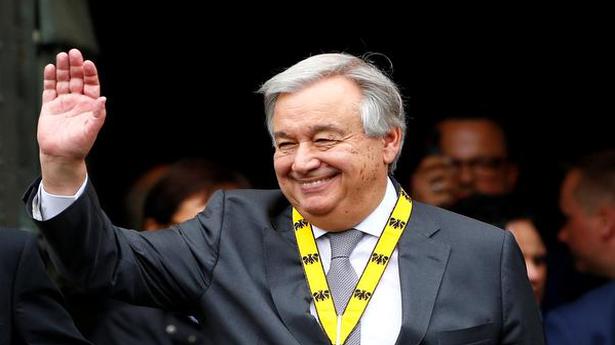 Secretary General Antonio Guterres has said he had contemplated selling his official four-story residence in New York when he took charge as the UN chief to help resolve the deteriorating financial crisis facing the world body.

The Secretary General’s official residence is in Sutton Place, an exclusive Manhattan enclave off the East River.

“Looking at the Organisation’s overall finances, and its financial ratios, can be misleading. We have, of course, more assets than liabilities but not enough liquid assets. I cannot sell this building,” Guterres said on Tuesday in his remarks to the General Assembly’s Fifth Committee on ‘Improving the Financial Situation of the Organisation’.

He told the delegates present at the meeting that the first thing he did when he arrived in New York to assume charge as the UN Chief was to ask if he could sell the residence.

“I am not joking. It is a true story. I discovered that I couldn’t, because the residence can only be sold to the United States of America when we close the doors in New York. Obviously, it is not something that is not, hopefully, going to happen.”

According to a 2007 New York Times report, the General Assembly had at the time approved a $4.5 million renovation of the residence, which is a 14,000-square-foot neo-Georgian town house with four floors and a basement. The NYT report had added that the residence was once home to daughter of financier J.P. Morgan, Anne Morgan and was donated to the United Nations in 1972.

Guterres voiced strong concern over the deteriorating financial health of the UN, attributing the budget crisis to increase in arrears from member states in both the regular and peacekeeping budgets as well as inherent structural weaknesses and rigidities in the budget methodologies that exacerbate cash shortfalls.

Five months into this year, arrears are still at $492 million, he said.

“Outstanding contributions to active peacekeeping operations amount to $1.5 billion. At the end of May, despite a cash balance of $1.3 billion, which could theoretically cover our operations for about two months, two large missions had cash to cover a mere two weeks of operations, and three missions were already in deficit,” he said.

The United Nations is now financed for prolonged periods by troop- and police-contributing countries. Many of them are low-income countries. At the same time, we are asking them to do more — to train their personnel and to improve the quality of their equipment, he added.

The UN chief stressed that when cash runs low, peacekeeping missions prioritize payments of salaries to their personnel and to those contractors that are inevitable, and to commercial vendors to avoid disruptions in operations.

The consequence is that the shortage of cash tends to result in delays in payments to troop- and police- contributing countries. These countries have become, in essence the financiers of the Organisation’s liquidity. Which means that, we have not decided that that would happen, but the absence of other decisions makes this inevitable, so, it is as if we have collectively decided that to finance the UN, it is the mission of police and troop contributing countries, even if they are extremely poor, he said.

Proposing measures to handle the financial crisis at the UN, Guterres said it is important to manage the cash balances of all active peacekeeping operations as a pool, create a Peacekeeping Working Capital Fund of $250 million that would give active operations about two months of operating costs, including payments to troop- and police-contributing countries and to temporarily suspend the obligation to return unencumbered balances to Member States.

“I have done everything within my power to encourage Member States to fulfill their financial obligations towards the Organization, and I will go on consistently doing the same But we are still nowhere near where we need to be We risk undermining our work and our reforms if we do not urgently and squarely address the deteriorating financial situation,” he said.

China announced on Tuesday that a lockdown would be lifted on more than 50 million people in central Hubei province, where the coronavirus first emerged late last year. But fears rose over a second wave of infections in the country fuelled by people arriving from overseas. After two months living with draconian curbs on daily […]

The worldwide number of fatalities from the novel coronavirus pandemic rose to 96,344 on Friday, according to a tally compiled by AFP from official sources. More than 1,605,250 declared cases have been registered in 193 countries and territories since the epidemic first emerged in China in December. Of these cases, at least 331,000 are now […]

Nobel laureate Toni Morrison, a pioneer and reigning giant of modern literature whose imaginative power in Beloved, Song of Solomon and other works transformed American letters by dramatising the pursuit of freedom within the boundaries of race, has died at age 88. Publisher Alfred A. Knopf announced that Morrison died on Monday night at Montefiore […]