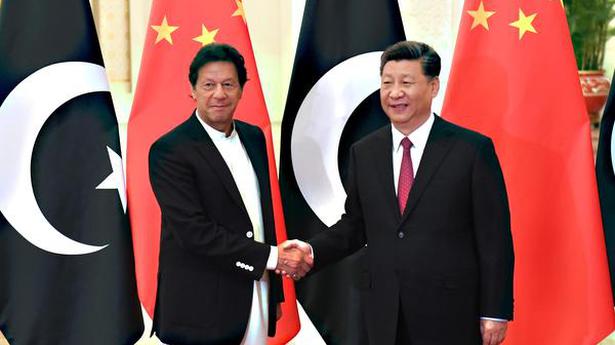 After years of resistance to listing Masood Azhar, founder of Pakistan-based terrorist group Jaish-e-Mohammed, as a global terrorist, China has finally changed it position. Earlier attempts to add him to the United Nations blacklist, under the 1267 Committee, failed as Beijing put a hold on the process, saying the issue should be resolved through consultations.

After the February 14 Pulwama attack, which killed at least 40 Indian security personnel, France, the United Kingdom and the United States co-sponsored a new listing application, which was also blocked by the Asian giant. However, when its hold expired, China raised no fresh opposition, leading to the listing of Azhar, which means there will be a travel ban, an arms embargo on him and freezing of his assets.

The main reason for China’s opposition to Azhar’s terror designation was the Pakistan factor. Islamabad has robust economic and strategic ties with Beijing. China is also investing billions of dollars in Pakistan to build an ambitious economic corridor, connecting Kashgar in western China to Pakistan’s Gwadar, a port city on the Arabian Sea. So why did China change its position now?

First, both India and China have manifested their desire to deepen bilateral ties despite the structural problems they face. Prime Minister Narendra Modi went to Wuhan in April last year for an informal summit with Chinese President Xi Jinping even when bilateral ties were not at their best. The shadows of the Doklam stand-off between India-China armies and Beijing’s repeated hold on Azhar as well as its opposition to India’s Nuclear Suppliers Group membership continued to impinge on bilateral ties. Still India preferred to stay engaged with China as the Wuhan summit suggested.

Beijing had shown in recent past that it is ready to do business with New Delhi even overlooking Islamabad’s sensitivities. Last year, it dropped its opposition to adding Pakistan to the Financial Action Task Force (FATF) grey list, which allowed the listing to go through smoothly.

Second, the Azhar issue has cast shadows on China’s commitment to fighting terrorism. Jaish, which Azhar leads, has been an internationally designated terrorist outfit. And its role in multiple terrorist attacks in India has been well established. China’s continued hold on his listing had weakened internationally its position against terror. After all, China has its own terror problem. The “deradicalisation” camps it is running in Xinjiang has triggered international criticisms, particularly from the U.S. Its Secretary of State Mike Pompeo has slammed China’s “shameful hypocrisy”, saying it’s abusing over a million Muslims at home while protecting “violent Islamic terrorist groups from sanctions at the U.N.”.

After it used its hold on Azhar following the Pulwama terror attack, the U.S. distributed a draft resolution at the U.N. Security Council (outside the 1267 Committee) to ban Azhar. If the resolution is put to vote, China would be left with an awkward choice — either to back it or use its precious veto power, further isolating itself among global peers. This appeared to have put China in a fix.

Third, it didn’t have to completely abandon Pakistan, its “all-weather friend”. The original listing application, which France, the U.K., and the U.S. had moved had a reference to the Pulwama terror attack, as reported by The Hindu. But that reference was removed from the application that went through on Wednesday, apparently at China’s insistence. This is in line with Pakistan’s Kashmir narrative that terror activities in the Valley are an indigenous uprising, and not controlled by any foreign player.

The official listing talks about Azhar’s ties with Jaish and al-Qaeda, but has no reference to his role in Kashmir violence. This was the compromise that India (or its allies at the UNSC) had to make to get Azhar listed. It allowed India to clinch a diplomatic victory, while China can say it changed its position not under any pressure but based on the “revised” listing request, and Pakistan can claim that the listing went through after “all the political references” were removed.

While responding to the listing, the Chinese Foreign Ministry has batted for international community’s support for Pakistan, emphasising its view on Islamabad.

“I would like to stress that Pakistan has made enormous contributions to fighting terrorism, which deserves the full support of the international community. China will continue to firmly support Pakistan’s efforts to combat terrorist and extremist forces,” said foreign ministry spokesperson Geng Shuang.

Israel’s president on September 25 tasked Prime Minister Benjamin Netanyahu with forming a new government after last week’s deadlocked elections, his office announced. The announcement followed a joint meeting between President Reuven Rivlin, Mr. Netanyahu and the premier’s challenger Benny Gantz. Mr. Netanyahu will have 28 days to form a government, with a possible two-week […]

US President Donald Trump touted prospects for an “epic” trade deal with China but acknowledged that a settlement of a year—long commercial conflict remained at least a month away. Speaking at an Oval Office meeting with visiting Chinese Vice Premier Liu He on Thursday, Mr. Trump said a trade agreement between the two countries could […]

As US-Iran tensions continue to be at an all-time high, US President Donald Trump appeared to suggest a de-escalation of hostilities. Addressing the American public, Donald Trump said, “Iran appears to be standing down”. Trump’s address came hours after Iranian forces fired missiles at military bases housing US troops in Iraq in retaliation for the […]