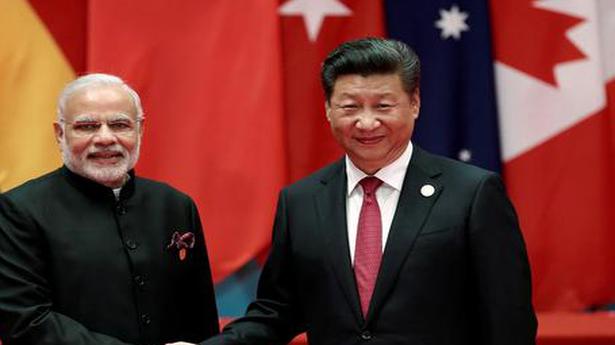 China’s decision to drop its resistance on declaring Masood Azhar as a global terrorist appears to be a well-rounded exercise aimed at encouraging New Delhi to bond with Eurasia instead of the Indo-Pacific and could even be seen as reinforcing personal ties with Prime Minister Narendra Modi.

China has taken its “all weather” ally Pakistan on board before taking the decision to declare the Pakistan-based head of the Jaish-e-Mohammed (JeM) as a global terrorist in the 1267 Committee of the UN Security Council.

Chinese officials say their decision on designating Azhar has been de-linked from the joint effort by the U.S., Britain and France to proscribe Azhar through a separate resolution, in the plenary of the UNSC, instead of the 1267 committee.

Key factors appeared to have weighed in more heavily in the Chinese decision to designate Azhar. China’s move followed Russia’s decision last month to honour Mr. Modi with ‘Order of the Holy Apostle Andrew the First,’ –Russia’s highest civilian award, in the midst of the election campaign. Analysts say both China and Russia, in the cross-hairs of the U.S., would want New Delhi to consolidate its ties with Eurasia on Mr. Modi’s watch, rather than allow India to drift further in the direction of the U.S.-led Indo-Pacific strategy. India is already a member of the Eurasia-centred Shanghai Cooperation Organisation (SCO).

A Chinese official said Beijing had decided to announce Azhar’s listing after the Belt and Road Forum (BRF), so as not to embarrass visiting Pakistan Prime Minister Imran Khan, who was Beijing’s guest at the conclave that ended on April 27.

In listing Azhar, the Chinese have taken care of protecting Pakistani interests as well, signaling that Beijing is interested in a “dual engagement” with India and Pakistan in South Asia. Observers point out that Pakistan may not be averse to Azhar’s designation, as it could help Islamabad avoid being “blacklisted” by the Financial Action Task Force (FATF) later this month — a move that could advance Islamabad’s economic isolation.

President Donald Trump on Wednesday(March 13) said the United States would ground Boeing Co’s 737 MAX jets, following Europe and other nations that have already stopped the planes flying due to safety concerns, following an Ethiopian Airlines crash on Sunday. “We’re going to be issuing an emergency order of prohibition to ground all flights of […]

The Pentagon on Monday distanced itself from President Donald Trump’s assertions that he would bomb Iranian cultural sites despite international prohibitions on such attacks. Defense Secretary Mark Esper said the U.S. will “follow the laws of armed conflict.” When asked if that ruled out targeting cultural sites, Mr. Esper said pointedly, “That’s the laws of […]

It was the latest in a series of protests against the unity government Source: thehindu.com Related