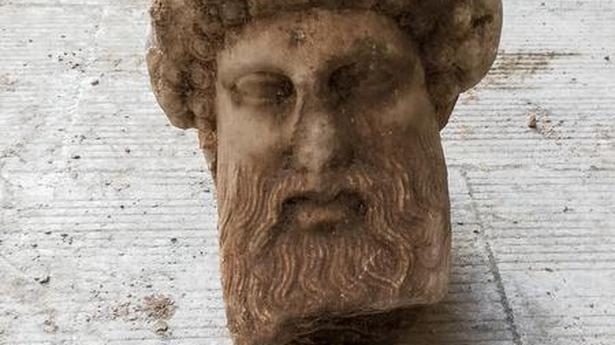 A bust of the ancient god Hermes, in good condition, was discovered in central Athens during sewage works, authorities said on Sunday.

The Greek Culture Ministry said that the head, one of many that served as street markers in ancient Athens, was found on Friday and it appears to be from around 300 B.C. — that is, either from the late fourth century B.C., or the early third century.

It depicts Hermes at a mature age, the ministry said, in contrast to his usual depictions as youthful.

The head is in the style of famed Greek sculpture Alcamenes, who flourished in the second half of fifth century B.C., the ministry said.

After serving as a street marker, the head, at some point, had been built into the wall of a drainage duct, the ministry said.

Weak passwords can lead to brute-force attacks, which allows hackers to guess combinations by punching random phrases or codes using cryptography. Using a single password across multiple accounts also leads to password-spraying. (Subscribe to our Today’s Cache newsletter for a quick snapshot of top 5 tech stories. Click here to subscribe for free.) The most […]

So far, two boys aged 5 and 7 years and an 18-year-old girl have died due to the illness. Source: thehindu.com Related