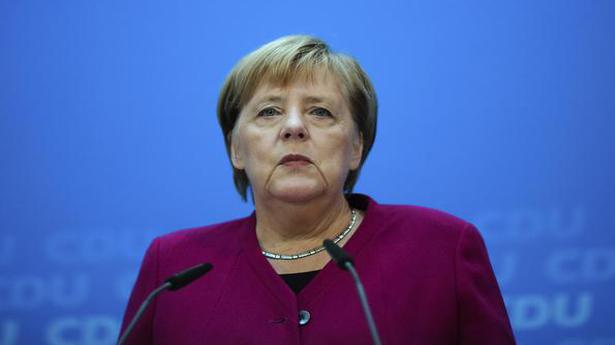 Chancellor Angela Merkel says Germany has to be more vigilant when it comes to nationalist movements across Europe because of the country’s Nazi past.

Ms. Merkel, who was interviewed by CNN’s Christiane Amanpour in Berlin, said in excerpts released on Tuesday that Germany has to face up to populists who are finding mainstream support and recount “what history has brought.”

Referring to populist parties across the continent that were boosted by European Parliament elections on the weekend that, Merkel said, “in Germany, obviously, they always have to be seen in a certain context, in the context of our past, which means we have to be that much more vigilant than others.”

Ms. Merkel, speaking on Monday, also condemned the rise of anti-Semitism in the country, saying Germany “always had a certain number of anti-Semites among us, unfortunately.”

A gun rights group is cheering the Trump administration’s designation of the firearms industry, including retailers, as part of the nation’s critical infrastructure during the coronavirus emergency. The designation by the federal Cybersecurity and Infrastructure Security Agency is advisory. The agency notes that the designation does not override determinations by individual jurisdictions of what they […]

Taiwan’s President Tsai Ing-wen declared a landslide win in Saturday’s election as voters delivered a stunning rebuke of Beijing’s campaign to isolate the self-ruled island and handed its first woman leader a second term. Ms. Tsai, 63, announced her victory as thousands of jubilant supporters cheered and waved flags outside her party headquarters with the […]

A defiant Facebook CEO Mark Zuckerberg has stressed that his platform has now become a ‘Fifth Estate’ in the world alongside traditional news media and people no longer have to rely on traditional gatekeepers in politics or media to make their voices heard. Delivering a speech at Georgetown University in Washington, DC on Thursday, he […]