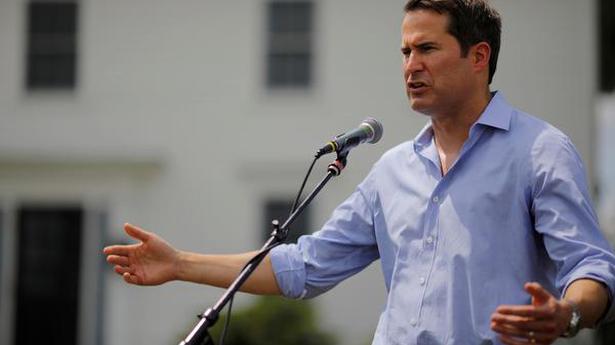 U.S. Representative Seth Moulton entered the 2020 Democratic presidential race on Monday as a long-shot contender in a contest that now includes almost 20 candidates.

A 40-year-old Iraq War veteran who represents a district in Massachusetts, Mr. Moulton enters the race as an underdog, with little national name recognition and a shorter track record than some rivals who have spent years in the U.S. Senate or as State Governors.

Mr. Moulton has built a political career by challenging the party’s establishment. He entered Congress in 2015 after winning a Democratic primary challenge against John Tierney, who had held the seat for 18 years. In a YouTube video announcing his presidential candidacy, he said: “Decades of division and corruption have broken our democracy and robbed Americans of their voice.”

“While our country marches forward, Washington is anchored in the past,” he said.

In the video, Mr. Moulton said he wants to tackle climate change and grow the U.S. economy by promoting green jobs as well as high tech and advanced manufacturing.

Democratic rivals rip into each other

Rifts between Democrat candidates were on full display over the weekend as the presidential hopefuls criticised each other during a weekend of campaigning in freezing temperatures across New Hampshire, before the State’s primary elections on Tuesday. Candidates campaigned against the backdrop of confusion over and a delay in results from the crucial Iowa Caucuses held […]

Iran’s deputy health minister and a member of parliament have tested positive for the coronavirus as the death toll inside the country rose to 16 and Iranians worried that authorities could be underestimating the scale of outbreak. Iran has the highest number of coronavirus deaths outside China, where the virus emerged in December and more […]

Shenzhen, which was once the cradle of China’s reforms under Deng Xiaoping, is set for a major makeover. Under President Xi Jinping, the hi-tech metropolis has been given a pioneering role — of a model city showcasing socialist imagination of urbanisation at the highest level. In late September, People’s Daily — the flagship of the […]