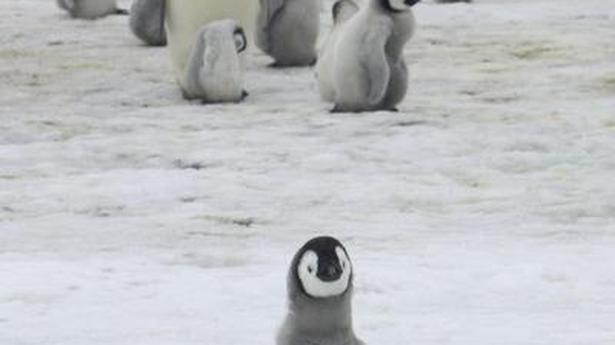 The second largest Emperor penguin colony in the world has suffered a “catastrophic” breeding failure after nearly all chicks born over three years died as their icy Antarctic habitat shrinks, researchers said on Thursday.

The British Antarctic Survey (BAS) used satellite imagery to study the behaviour of the Halley Bay colony in the Weddell Sea due south of Cape Hope, which normally sees up to 25,000 penguin pairs mate each year. They found that in 2016, when abnormally warm and stormy weather broke up the sea-ice on which the penguins normally raise their young, almost all the chicks died.

The BAS said the colony at Halley Bay has “all but disappeared”. “We have been tracking the population of this, and other colonies in the region, for the last decade using very high resolution satellite imagery,” said BAS remote sensing specialist Peter Fretwell.

The number of people infected with the new COVID-19 surpassed 100,000 across the world on Friday, as the outbreak reached more countries and economic damage intensified, with business districts beginning to empty and stock markets tumbling. In many affected countries, people were being asked to stay home from work, schools were closed, large gatherings and […]