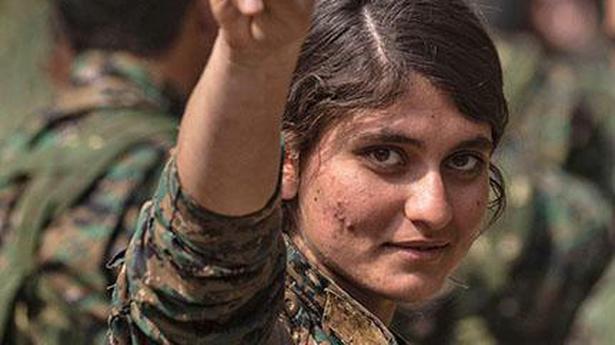 The fall of Baghouz brings to a close a nearly five-year global campaign against the Islamic State that raged in two countries, spanned two U.S. presidencies and saw a U.S.-led coalition unleash more than 1,00,000 strikes.

The campaign has left a trail of destruction in cities in Iraq and Syria, likely killed tens of thousands and drove hundreds of thousands from their homes.

It put an end to the militants’ proto-state, which at its height four years ago was the size of Britain and home to some eight million people. But the extremist group still maintains a scattered presence and sleeper cells across Syria and Iraq. It is not known whether the group’s leader, Abu Bakr al-Baghdadi, is still alive or where he might be hiding.

IS affiliates in Egypt’s Sinai Peninsula, Afghanistan and other countries continue to pose a threat, and the group’s ideology has inspired so-called lone-wolf attacks that had little if any connection to its leadership.

The end of the ‘caliphate’ also marks a new phase in Syria’s civil war, now in its ninth year. The country is carved up, with the Iranian-and Russian-backed government of President Bashar al-Assad controlling the west, centre and south, the U.S.-backed Kurdish-led forces holding the north and east, and Turkish allies controlling a pocket in the north. The fear now is of new conflict among those players.

At a ceremony held later on Saturday at the nearby al-Omar oil field base, a senior U.S. diplomat, William Roebuck, said the territorial defeat of the IS is a “critical milestone” that delivers a crushing and strategic blow to the extremist group. But he stressed it remains a significant threat.

The Commander-in-Chief of the Syrian Democratic Forces (SDF), Gen. Mazloum Abdi, appealed for continued assistance to his group until the full eradication of the extremist group. He spoke at the ceremony during which fighters marched to a military band.

The victory declaration sets the stage for President Donald Trump to begin withdrawing most of the 2,000 U.S. troops stationed in northern Syria, as he abruptly announced in December that he would do. Mr. Trump, however, later agreed to leave a small peacekeeping force of 200 soldiers in Syria to ensure Turkey will not get into a conflict with the Kurdish-led SDF.

The Kurds fear being abandoned by the Americans. They are squeezed between a belligerent Turkey from the north, which regards them as a national threat and Syrian President Bashar Assad’s forces from the south.

Four people were killed and two injured in a shooting on Saturday near Mexico’s National Palace, the presidential residence in the capital’s historic downtown, officials said. President Andres Manuel Lopez Obrador was traveling outside of Mexico City on Saturday. Preliminary reports indicated an armed man entered a building on a small street near the palace […]

Fresh damning information about U.S. President Donald Trump’s preoccupation with getting the Ukrainian administration to investigate his political rivals by using the U.S. relationship with Ukraine as leverage emerged on November 13 as the first public hearings in the House of Representatives impeachment inquiry got underway. Top U.S. diplomat in Ukraine, William B. Taylor Jr., […]