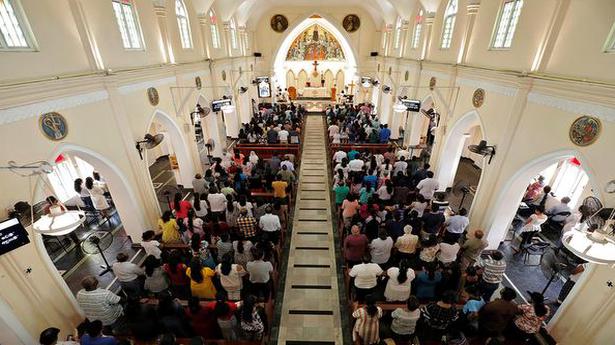 Several dozen people threw stones at mosques and stores and a local man was beaten in the town of Chilaw on Sri Lanka’s west coast on Sunday in a dispute that started on Facebook, sources told Reuters.

This comes three weeks after bombers blew themselves up on in four hotels and three churches, killing more than 250 people on Easter Sunday. Since then, Muslim groups say they have received dozens of complaints from across the country about people being harassed.

“A police curfew has been imposed in Chilaw Police area with immediate effect until 6 a.m. tomorrow to control the tense situation,” police spokesman Ruwan Gunasekera told Reuters. The police later said the curfew would be lifted at 4 a.m.

Authorities said they arrested the author of a Facebook post, identifying him as Abdul Hameed Mohamed Hasmar, 38. Locals in Chilaw, a majority Christian town, said a post by him was interpreted as menacing and an angry crowd beat him. “Later they pelted stones at three mosques and some Muslim-owned shops. Now the situation has calmed down, but we are scared of the night,” said one local Muslim man.

Some communities say they are fearful that the government, which failed to act on successive warnings about looming Islamist attacks, has not caught all potential militants. A week ago in Negombo, where more than 100 people were killed during Easter prayers, a violent clash erupted between local Muslims and Christians after a traffic dispute.

The sprawling church car park was empty as the authorities did not allow any vehicles into the compound as part of high-level security.

Regular services were cancelled across all churches soon after the deadly suicide attacks, but the Archbishop of Colombo Cardinal Malcolm Ranjith announced on Thursday that mass would be held in his diocese from on Sunday.

The Cardinal conducted private Sunday services in the past two weeks, which were broadcast live on television.

Most churches outside Colombo had resumed regular services from last week, but under tight security provided by the local police.

South Korea reported on Monday its lowest number of new virus cases and the extended downward trend in daily infections since the peak on February 29 has boosted hopes that Asia’s largest outbreak outside China may be abating. The Korea Centers for Disease Control and Prevention (KCDC) said there were 64 new cases on Monday, […]

Pregnant black lawmaker claims she was abused at U.S. store

A pregnant African-American lawmaker in Georgia said she was verbally attacked in a supermarket on Friday by a middle-aged white man who used profanity, called her vulgar names and told her to “go back where you came from” as her nine-year-old daughter looked on. Representative Erica Thomas, a Democrat from Austell, said the man was […]

Data | Where does India stand on the coronavirus curve?

While initially the number of COVID-19 cases were increasing at a slower pace in India compared to many other countries, things have taken a turn for the worse since Friday. With 100 new cases on Saturday, India’s climb has become steeper. Despite this rapid climb, the growth in cases is still lower than many Western […]