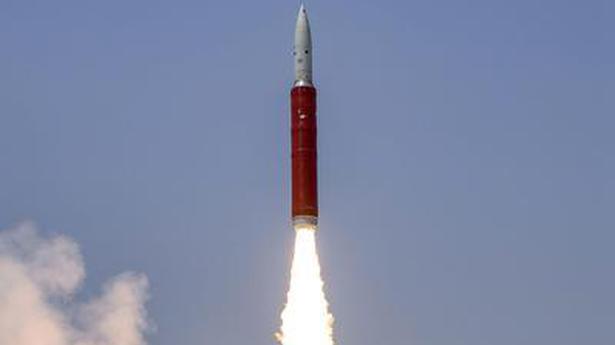 India’s test of an anti-satellite weapon last month has triggered a debate in China, with some experts concluding that the trial will feed into New Delhi’s bid to steel its ballistic missile defences.

A blog posted on the website guancha. cn, points out that by destroying a satellite at a height of 274 km during the March 27 test, India has taken a major step to develop its missing capacity to intercept incoming ballistic missiles at high altitudes.

The article penned by Shi Yang, described as a foreign relations and military observer, says that so far India has shown capacity to intercept short range ballistic missiles at heights ranging from 30 km to 150 km. Its capability to target mid-range missiles has been limited.

But by striking a satellite at 274 km during the test, India is now on its way to develop a parallel capacity to destroy mid-range ballistic missiles at greater heights.

The article says that there is an overlap in the ASAT and anti-ballistic missile technology, but destroying medium range missiles is much harder. It is easier to strike a satellite, as its movement along its orbit is predictable and can be monitored over time. But the tasks involved in downing incoming ballistic missiles are far more complex.

“From detecting, locating, calculating the elements to intercepting the missile launch and meeting with the target, all processes must be performed before the missile hits,” says the blog.

Specifically, “the development of long range radar equipment, and command and control systems required by anti-missile system are obviously a huge challenge for India”.

Pakistan has been a major factor driving the advancement of India’s ballistic missile defences. “Because India and Pakistan have huge differences in overall national strength, India has an advantage in most areas, but in the field of nuclear weapons and delivery vehicles, it is not much different from Pakistan,” the article observes.

Unlike the U.S. which has slammed the Indian ASAT test, the Chinese have been far more circumspect in their response. On the contrary, an article in the state-run tabloid Global Times, authored by Guo Yanying, Second Research Institute of China Aerospace Science and Industry Corporation, has been highly critical of the U.S. response to the Indian test, accusing Washington of having a hidden agenda of dominating outer space.

“The U.S. criticised the move, saying it might spark a new arms race, which seems to be ridiculous. The U.S. has always been carrying out ASAT tests and is now planning to form a Space Force. It is the U.S. that is bent on creating a new arms race,” says the write up.

It adds: “There is no other country as reliant on satellites as the US. Hence, Washington must be capable of protecting its space assets from enemy attacks. This is consistent with U.S. President Donald

Trump’s idea to create a Space Force. Therefore, the U.S. is strongly opposed to other countries carrying out ASAT tests, in spite of itself sparing no effort in testing and developing such weapons.” The op-ed concurs with observations attributed to “some experts” that “there is still a gap between India’s ASAT ability and its need for such weapons”.

“They [the experts] are absolutely correct. China is in a similar situation. Beijing still has a long way to go before being a great space power.”

The U.S. had slammed the Chinese ASAT test in 2007, when a ground interceptor destroyed Fen Yun, a weather satellite orbiting at a height of nearly 800 kilometers.

Pakistan Prime Minister Imran Khan warned citizens Wednesday that anyone who goes to fight jihad in Kashmir will hurt the territory’s cause, as anger simmers between Islamabad and New Delhi over the disputed region. Indian authorities are waiting for “any excuse” to crack down in the Himalayan region, he warned, promising again to raise the […]

The Pakistan Railways (PR) will on Sunday operate a special train from Nankana Sahib railway station to Karachi to facilitate members of the Sikh community on the 550th birth anniversary Guru Nanak Dev, the founder of Sikhism. The train will leave Nankana Sahib at 10 a.m. for Karachi via Shorkot Cantt, Khanewal, Rohri, Nawab Shah, […]

U.S. military exercises with South Korea could be scaled back to aid diplomacy with the nuclear-armed North, Defense Secretary Mark Esper said, as Pyongyang warned it was running out of patience. The North has long protested joint military drills, which it condemns as preparations for invasion, and has set Washington an end-of-year deadline to come […]