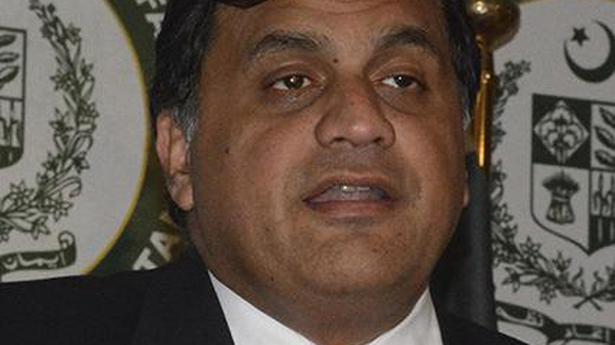 Pakistan said on Thursday that it has “exclusive rights” over three Western rivers and any attempt by India to divert the flow of these rivers would be considered an “act of aggression”.

Foreign Office spokesperson Mohammad Faisal made the remarks during his weekly media briefing here in response to a question regarding Prime Minister Narendra Modi’s recent remarks to stop water flowing to Pakistan.

Addressing an election rally in Haryana early this week, Mr. Modi reportedly said that his government would stop the water flowing to Pakistan.

Mr. Faisal said that Pakistan had “exclusive rights” over the waters of three Western rivers under the Indus Water Treaty.

“Any attempt by India to divert the flows of these rivers will be considered an act of aggression and Pakistan has the right to respond,” he said, without naming the rivers.

Spain’s death toll from coronavirus soared to 1,720 on Sunday from 1,326 the day before, according to latest data from the Health Ministry. The one-day rise in deaths of 394 was higher than the previous day’s increase of 324. Spain is grappling with Europe’s second-worst coronavirus outbreak. The number of registered cases in the country […]

Iran said on Tuesday that the number of lives lost in the country to the novel coronavirus dropped to double figures for the first time in one month. Also read: Coronavirus | Iran says virus deaths rise 125 to 4,357 Health ministry spokesman Kianoush Jahanpour said 98 deaths from the COVID-19 disease were recorded in […]