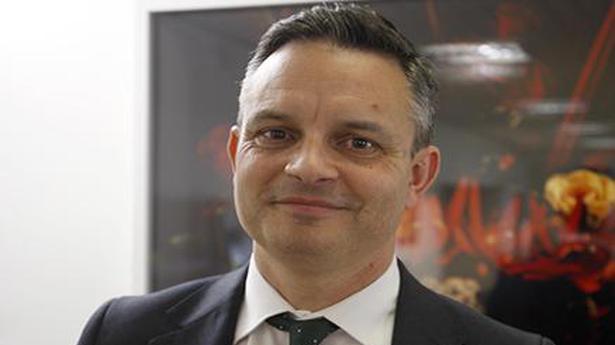 A senior New Zealand government Minister was assaulted in an early-morning street attack on Thursday that left him with a black eye and shook up Wellington’s normally laid-back political atmosphere.

Green Party co-leader James Shaw was walking to the Parliament building known as the Beehive when a man punched him in the face in what his office described as an unprovoked attack.

While Mr. Shaw’s office played down any political aspect to the assault, Trade Minister David Parker told reporters the attacker “was said to be shouting things out about the United Nations”. Mr. Shaw, who is Climate Change Minister and whose party is part of the ruling centre-left coalition, was not seriously injured.

His office said two members of the public helped him and he continued to Parliament, attending a meeting before going to hospital for a precautionary check-up. He suffered a black eye, telling stuff.co.nz “it looks worse than it is”.

Police said a 47-year-old man was arrested and would appear in court on Friday.

Political violence is practically unheard of in New Zealand, a nation of about 4.5 million where most government Ministers do not have a regular security detail.

Prime Minister Jacinda Ardern said that “in New Zealand, you just don’t expect these things to happen”. “We have an environment in New Zealand where politicians are accessible, and that’s something we should feel proud of,” she told reporters.

An indicative vote in the British Parliament on a series of eight alternative Brexit options concluded with no clarity on Wednesday, as MPs failed to rally behind any single option. None of the options – which ranged from pushing for a no-deal Brexit, to customs union membership, to a confirmatory public vote on any withdrawal […]