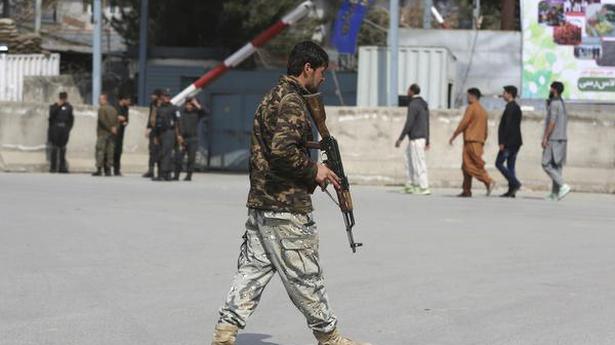 Multiple explosions in the Afghan capital of Kabul on Thursday killed six people and wounded 23 in an attack during celebrations to mark the Persian new year, government spokesmen said.

The attacks came on Nowruz, an ancient Persian festival to mark the start of spring that is widely celebrated in many parts of Afghanistan but has also faced opposition from some hardline Islamists, who say it is un-Islamic.

There were conflicting reports about of the cause of the blasts near the Kart-e Sakhi shrine, in a heavily Shia Muslim area in the west of Kabul.

An Interior Ministry spokesman said mortar bombs had been fired. The Defence Ministry said in a post on twitter that three rockets were fired at civilian homes and Nowruz gatherings.

The Defence Ministry said police had arrested the attacker and secured the area.

Seagram liquor heiress pleads guilty to being part of sex cult NXIVM. Here’s what we know so far

Seagram liquor heiress Clare Bronfman pleaded guilty on Friday to harboring an illegal immigrant and enabling credit card fraud as part of an alleged sex cult based in upstate New York. Bronfman, 40, entered her plea to two criminal counts before US District Judge Nicholas Garaufis in federal court in Brooklyn, New York. She is […]

The U.S. House of Representatives will launch a formal impeachment inquiry into U.S. President Donald Trump over reports he sought foreign help to smear a political rival, setting up a dramatic clash between Congress and the White House that could spill into the 2020 presidential campaign. House Speaker Nancy Pelosi announced the inquiry on Tuesday […]