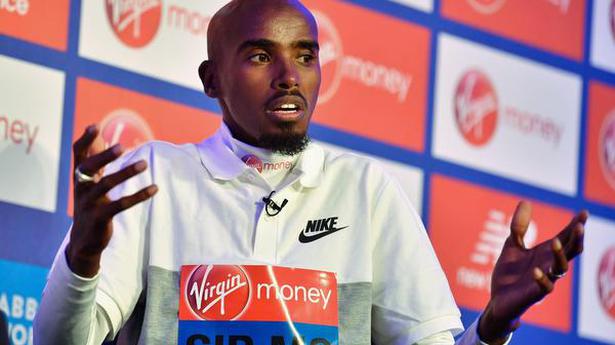 Athletics icons Mo Farah and Haile Gebrselassie are locked in a bitter dispute just days away from the London Marathon with claims of robbery and an unpaid hotel bill at the heart of the row.

Britain’s quadruple Olympic champion Mr. Farah wrapped up his pre-marathon press conference with claims that Mr. Gebrselassie, who owns a hotel near Addis Ababa, had made no effort to recover items stolen from Mr. Farah’s room.

Mr. Farah was staying at the hotel in late March as part of training for the prestigious London race.

Mr. Gebrselassie — a two-time Olympic champion — hit back by accusing Mr. Farah of not paying his heavily discounted hotel bill and claimed in a statement to media that only thanks to his intervention had an assault charge brought by a fellow guest against the Briton been dropped.

Mr. Farah said on Wednesday that around £2,500 pounds had been stolen on March 23, along with a watch given to him by his wife, Tania.

“Someone’s got the key from reception, opened it up, took my money, took my nice watch that my wife got me, and two phones,” said Mr. Farah. “The watch was sentimental — it can’t be replaced.”

Mr. Farah, who finished third in last year’s race but has since set a new European record in landing the prestigious Chicago Marathon, also revealed the contents of a text message he sent Mr. Gebrselassie when he lost patience at not having his pleas for help answered.

“I want to inform you that I’m disappointed you have not made any effort to find my stolen money, and especially my watch,” the text read.

Mr. Gebrselassie, who also won four outdoor world titles in his illustrious career, hit back claiming the text message looked like “an act of blackmailing and accusation” and added there had been “multiple reports of disgraceful conduct” at the hotel levelled against Mr. Farah and his entourage.

Chipi airport opens, Nagpur ODI, and other news in pictures

Representatives from various ethnic and religious minorities of Pakistan have held a peaceful demonstration in front of the White House here against what they described as “the worst kind of genocide” they are facing in Pakistan and asked the international community to help them exercise the right to self-determination. The ruling Pakistani establishment is driving […]