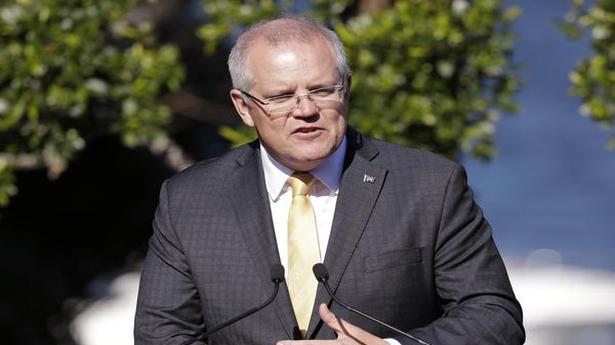 Australia and Fiji will send a joint United Nations peacekeeping mission to a disputed region in the Middle East as soon as next week, Australian Prime Minister Scott Morrison said over the weekend.

“They’re going to be going there next week,” Mr. Morrison was cited by Australian media as saying during his second visit to Fiji and his third official meeting with Fijian Prime Minister Frank Bainimarama this year. “Our Australians are going over there, training them, supporting them.”

The co-deployment of the troops to a territory on the border area between Israel and Syria is unrelated to “current events in north-eastern Syria,” the Australian defence ministry said in a statement.

U.S. President Donald Trump earlier this month ordered the withdrawal of U.S. troops from northern Syria, opening a way for a Turkish strike on Kurdish fighters long aligned with Washington.

Australia’s diplomatic and investment push in the Pacific has taken on additional significance as China expands its influence in a region that has been dominated by the United States and its allies since World War Two.

“We are living in a world of transition where a shifting of power dynamics is taking place,” Mr. Morrison said ahead of his Saturday visit to the Blackrock military base in Fiji.

“Which means our friendship and partnership with countries like Fiji, in our own backyard, is even more important.”

Earlier this year, Australia signed a deal with the Fijian government on the planned upgrade of the Blackrock police and peacekeeper training camp, outbidding China. While the value of the investment has not been disclosed, the base is expected to inject AU$27 million to the Fijian economy.

“This engagement here, particularly with Fiji, but also with so many nations around the Pacific, and particularly that security engagement that we’re having here, is all about keeping the whole region safe and stable, and secure,” Morrison said in televised remarks on Saturday.

UN Secretary General Antonio Guterres has said the legacy of nuclear testing is “nothing but destruction,” and in a world of rising tensions, our collective security depends on bringing a global treaty into force that bans nuclear explosions. Mr. Guterres in his message for the International Day Against Nuclear Tests on Thursday said, I reiterate […]

Ecuador activated emergency protocols on Sunday to contain the environmental impact of a fuel spill in the Galapagos Islands, after a barge carrying 600 gallons of diesel fuel sank, officials said. The Galapagos archipelago, a UNESCO World Heritage Site, is home to one of the most fragile ecosystems on the planet. “A fuel spill was […]

Veteran actor Jane Fonda was arrested by police outside the U.S. Capitol on Friday when she was participating in a climate change protest. The 81-year-old was among the 16 people who were taken into custody and later charged with “crowding, obstructing or incommoding.” A video of Ms. Fonda being placed in handcuffs and escorted to […]