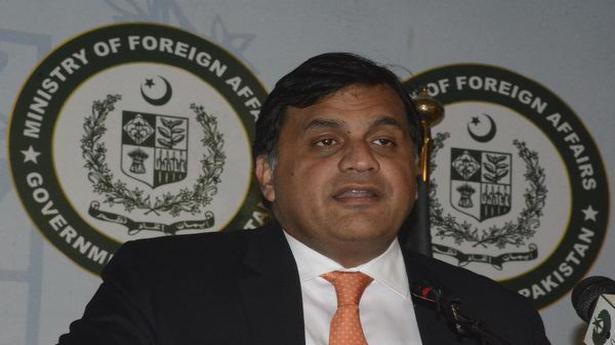 A spokesperson of Pakistan’s Ministry of Foreign Affairs said on Wednesday Jaish-e-Mohammed chief Masood Azhar was listed as an international terrorist after “all political references” were removed from the resolution and it was not a victory for India.

“The current listing proposal has been agreed after all political references, including removal of attempts to link it with [the] Pulwama [attack] and maligning the legitimate struggle of the Kashmiris”, were removed from the resolution,” said Mohammad Faisal.

“The Indian media’s attempts to build a narrative claiming it as a victory for India and validation of its stance are thus absolutely false and baseless,” he told presspersons in Islamabad.

“Our position is in line with the statements of Prime Minister Imran Khan who clearly stated that there is no space for any proscribed organisation or its affiliates to operate from Pakistani territory, our resolve for countering terrorism in all its forms and manifestations and our National Action Plan,” said the spokesperson.

“This was the fifth attempt to list Masood Azhar. Our concern was that his alleged linkage with the struggle in Jammu & Kashmir, this was not agreeable to us. Hence, he could not be listed previously. This time, we were able to have that removed. Once that is removed … then we have no objection,” he said.

Asked if China consulted Pakistan before lifting its “hold” on the listing, Mr. Faisal said: “It is a consultative process. You must have seen the press release or a reply to a question that has come out yesterday from the Chinese spokesperson, he also has spoken of it — consultative, coordinated process within the framework of the 1267 Committee that has led to this decision and of course when there is no objection, then this happens.”

A grand jury witness in special counsel Robert Mueller’s investigation is asking a federal appeals court to determine whether he still needs to testify now that the Russia probe has concluded. Andrew Miller, a former aide to Trump confidante Roger Stone, made the request on Friday in a petition before the U.S. Court of Appeals […]

After the destruction it caused in Odisha, Cyclone Fani hit Bangladesh on Friday night, leaving 14 people dead. A 45-year-old woman, Rani Begum, died after her house was ravaged in South Dighaldi Union of Bhola District Sadar. At least four people were injured after a trawler was damaged. Another elderly woman from Char Algi village […]

Witness transcripts in the impeachment probe into Donald Trump were made public for the first time Monday, with the former U.S. ambassador to Kiev telling investigators she felt threatened by the president in his call to Ukraine’s leader. Democrats are entering an open phase of a congressional probe into potential abuse of power by Trump […]