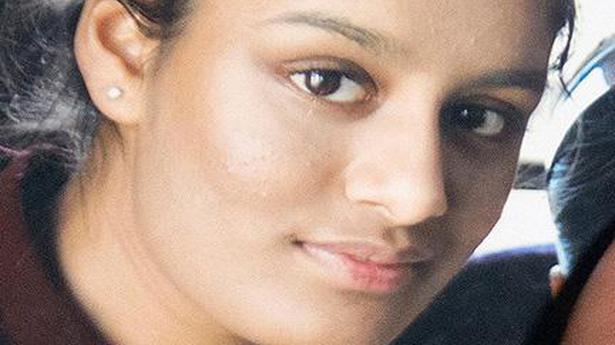 The British government drew fresh criticism on Saturday over its decision to revoke citizenship from a London teenager who joined the Islamic State (IS) group in Syria, after her baby died in a refugee camp.

Shamima Begum, 19, had asked to return home after giving birth to her son Jarrah last month in the camp in northeastern Syria, but London refused.

Died due to pneumonia

A spokesman for the U.S.-backed Syrian Democratic Forces, Mustefa Bali, said the baby had died, without giving further details. The BBC said he had pneumonia, citing a medical certificate.

Ms. Begum’s fate has sparked heated debate in Britain, which like many other countries is facing a dilemma over whether to allow jihadists and IS sympathisers home to face prosecution, or stop them from returning at all.

Ms. Begum told them she wanted to return home to save her baby, saying that her two older children had died, apparently from illness and malnutrition.

“I don’t want to lose this baby as well and this is really not a place to raise children, this camp,” she told the BBC at the time.

Opposition Labour MP Diane Abbott said the death of the baby was “a stain on the conscience of this government”.

A British government spokesman said: “The death of any child is tragic and deeply distressing for the family.”

But he added that Britons had been warned since 2011 not to travel to Syria because of the conflict there.

“The government will continue to do whatever we can to prevent people from being drawn into terrorism and travelling to dangerous conflict zones,” he said.

Ms. Abbott said: “To leave a vulnerable young woman and an innocent child in a refugee camp, where we know infant mortality to be high, is morally reprehensible.”

Aid group Save the Children said the baby’s death was “incredibly sad” and urged Britain and other countries to “take responsibility” for their citizens in Syria.

The new head of Sudan’s military council said on Saturday a civilian government would be formed after consultations with the opposition and the transition period would last for a maximum of two years, as protesters kept up pressure for rapid change. In his first televised address, Lt. Gen. Abdel Fattah al-Burhan Abdelrahman said he was […]

The move is another setback in Mr. Trump’s efforts to use unconventional means to undermine the results of the November 3 election Michigan election officials on Monday certified Democrat Joe Biden’s 154,000-vote victory in the state amid President Donald Trump’s brazen attempts to subvert the results of the election. The Board of State Canvassers, which […]

Spain’s toll rises to 743 after drop

Spain’s death toll from COVID-19 increased to 743 on Tuesday after falling for four straight days, lifting the total to 13,798, the Health Ministry said. However, it emphasised that the rise was due to weekend deaths being tallied and that the overall “downward trend” is continuing. The new figure represents a 5.7% increase over Monday’s […]