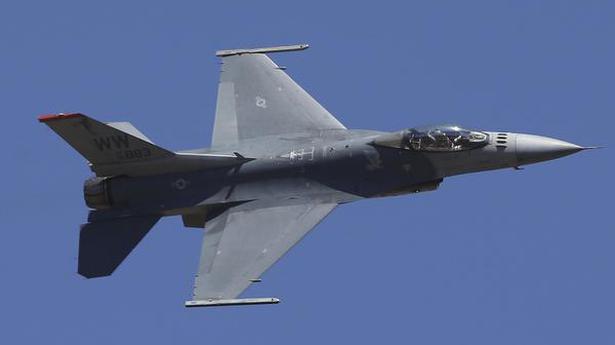 The U.S. is seeking more information from Pakistan on the potential misuse of American-made F-16 fighter jets by it against India in violation of the end-user agreement, the State Department has said.

Pakistan on Wednesday categorically said that no F-16 fighter jets were used and denied that one of its planes had been downed by the Indian Air Force.

“We are aware of these reports and are seeking more information,” a State Department spokesperson said when asked about reports that Pakistan had violated the end-user agreement with the U.S. in this week’s border clash with India.

The United States, which is the largest seller of high-tech defence equipment globally, has a strong end-user monitoring agreement, and as a matter of practice takes all allegations of misuse of defence articles very seriously.

Thousands of students, activists and representatives from several Indian diaspora and human rights organisations gathered opposite Downing Street in London to protest against India’s new Citizenship Amendment Act (CAA). The rally, organised by student groups and Indian outfits in the UK, marched around a mile down the streets to gather outside the Indian High Commission […]

Pakistan’s military on Monday once again claimed that there was “no damage” in the Balakot airstrike carried out by India and asserted that it will facilitate the Indian journalists if they wish to visit the area to “see the truth”. Addressing a press conference at the General Headquarters in Rawalpindi, Pakistan military spokesperson Major General […]

President Donald Trump’s turnabout on whether the special counsel should appear before Congress — “Bob Mueller should not testify,” he tweeted — has sparked criticism from Democratic lawmakers eager to question the author of the report on Russia’s election interference. Mr. Trump had previously said he would leave the question of Robert Mueller testifying to […]