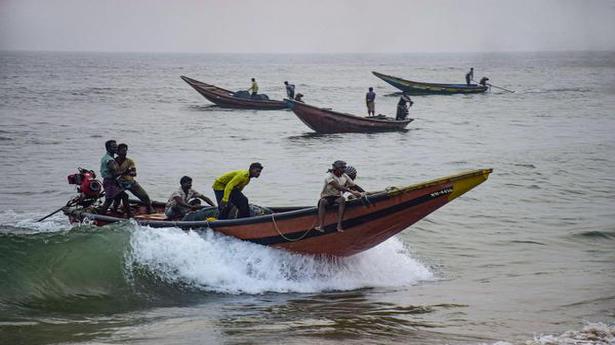 Bangladeshi authorities on Saturday ordered more than 4,00,000 people to flee coastal villages and islands as Cyclone Bulbul headed for the Bay of Bengal coast. The eye of the storm, packing winds of up to 120 km per hour, was expected to hit land around the Bangladesh-India frontier late on Saturday. A storm surge up to two metres (seven feet) high was predicted along the coast, Bangladesh’s Meteorological Department said.

Bangladesh troops were sent to villages to help with the evacuation. About 55,000 volunteers were also going door-to-door to warn residents. Minister for disaster management Enamur Rahman said the evacuation of 400,000 people would be completed by Saturday evening. “We’ve already evacuated some 391,000 people,” he said.

About 1,500 tourists were stranded on the southern island of Saint Martin after boat services were suspended due to bad weather.

Bangladesh’s two biggest ports, Mongla and Chittagong, were closed because of the storm and flights into Chittagong airport have also been halted.

Bulbul was expected to hit the coast at the Sundarbans, the world’s largest mangrove forest, which straddles Bangladesh and part of eastern India and is home to endangered species including the Bengal tiger.

Chinese President Xi Jinping on Wednesday ordered the military to “shoulder responsibility” to contain the coronavirus outbreak that has killed 132 people, infected 6,000 others with six foreigners contracting the disease for the first time in China and spread to 17 countries. President Xi, who heads the People’s Liberation Army, told the military to keep […]

FBI Director Christopher Wray described China the most significant “intelligence collection” theat. His comments were made at a discussion at the Washington DC offices of the Council on Foreign Relations, a think-tank. “No country poses a broader more severe intelligence collection threat than China,” Mr Wray said, adding that he was seeing increased instances of […]

The European Union is currently nearly on track to cut greenhouse gas emissions by 40 per cent below 1990 levels by 2030, but still needs much work, the European Environment Agency said in a report published on Thursday. “Significant increase in efforts (is) needed over the next decade” to reach the 2030 goals, the Copenhagen-based […]