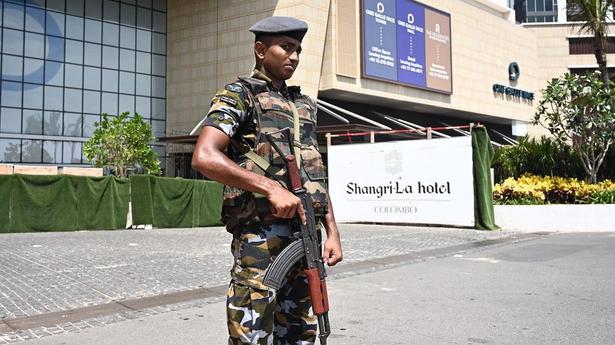 An 8-year-old relative of Bangladesh Prime Minister Sheikh Hasina is among the 45 children who were killed in the devastating suicide bomb attacks in Sri Lanka on Easter Sunday, media reports said Tuesday.

The boy was having breakfast with his father Moshiul Haque Chowdhary Prince at a restaurant on the ground floor of a luxury hotel in Colombo that came under attack along with several other hotels and churches on Easter Sunday that killed 321 people and injured nearly 500 others.

Zayan’s younger brother Zohan Chowdhary and mother Sheikh Amina Sultana Sonia were in their hotel room when the blast occured. The family went to Sri Lanka for a holiday.

Mr. Selim is a cousin of Prime Minister Hasina.

Speaking to Bangladeshi expatriates in Brunei, Ms. Hasina urged them to pray for the grieving family.

Mr. Selim said his son-in-law Mashiul is now in the intensive care unit of a hospital in Sri Lanka.

Mr. Selim said: “I spoke with my family members there in the morning. They said Mashiul’s condition is still critical, but he is improving. We will know more after 72 hours.”

He said splinters from the blast had hit Mashiul’s kidney and liver, and some of them were still in his body.

The Security Council voted unanimously on Wednesday to extend the mandate of the UN panel of experts monitoring sanctions on North Korea, with Russia urging its members “to correct” the negative impact of the tough measures on the lives of ordinary citizens. Adoption of the resolution was delayed for weeks over Russia’s demands that the […]

UK Foreign Secretary Dominic Raab on Wednesday said Britain is making some progress through the “peak” of the coronavirus pandemic crisis as the country’s death toll from Covid-19 hit 18,100 – a daily rise of 759. Raab, the First Secretary of State who is standing in for Prime Minister Boris Johnson as he recuperates after […]

Palestinian officials on Thursday closed the storied Church of the Nativity in the biblical city of Bethlehem indefinitely over fears of the new coronavirus, weeks ahead of the busy Easter holiday season. The announcement by the Palestinian tourism ministry threatened to devastate the vital tourism industry in the town where Jesus is believed to have […]