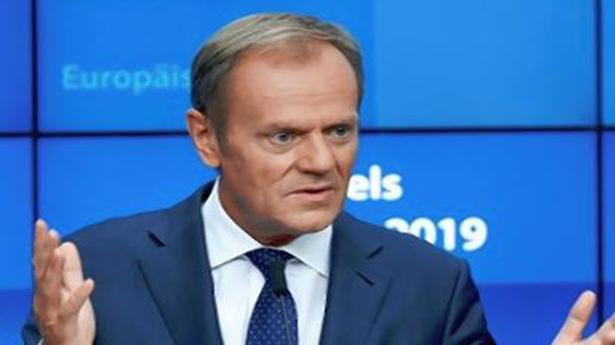 European Council president Donald Tusk said on October 16 it should be known in seven or eight hours when Brexit could happen and in theory a deal could be accepted on October 17.

Talks are underway which will decide if an agreement can be reached that would allow Britain to leave the European Union with a deal on its scheduled departure date of October 31.

“Theoretically in seven to eight hours everything should be clear,” he told journalists in comments broadcast on private news channel TVN 24.

“It is still undergoing changes and the basic foundations of this agreement are ready and theoretically we could accept a deal tomorrow.” Mr. Tusk said.

“Yesterday evening I was ready to bet on it…today again certain doubts have appeared from the British side.”

Earlier on October 16, Irish Prime Minister Leo Varadkar said that negotiations had so far failed to resolve issues standing in the way of an amicable Brexit, with EU sources reporting a standstill.

“Everything is going in the right direction, but you will have noticed yourselves that with Brexit and above all with our British partners anything is possible,” Mr. Tusk said.

Pakistan’s Interior Minister Brigadier Retired Ijaz Ahmed Shah has spilled the beans on the country’s plans against banned outfits like Jamat-ud-Dawa (JUD) and Jaish-e-Mohammad (JeM) led by Hafiz Saeed and Masood Azhar, respectively. In an interview, Ijaz Ahmed Shah said Jamat-ud-Dawa had never hurt Pakistan with any of its activities, adding that such banned outfits […]

U.S. experts on infectious diseases, including government officials, are awaiting approval to enter China to help fight the coronavirus epidemic, having been included on a list proposed by the World Health Organization, a U.S. embassy spokesman told Reuters on Saturday. China agreed to allow WHO to form a team of experts to travel to China […]

Hate has no place in our country, says Donald Trump after two mass shootings in under 24 hours

US President Donald Trump said on Sunday that “hate has no place in our country” after two mass shootings killed 29 people in Texas and Ohio. Donald Trump, speaking to reporters in Morristown, New Jersey, said he will have a statement on Monday about the shootings. The president said he had spoken to the FBI, […]