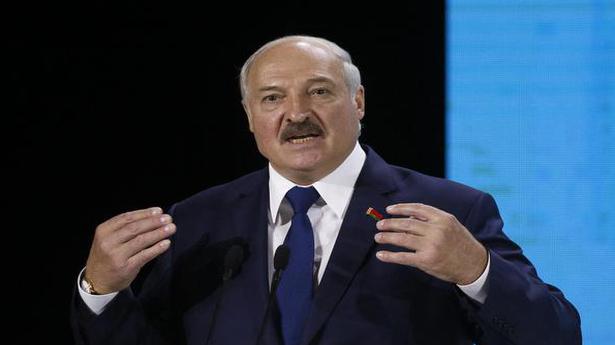 Belarusian President Alexander Lukashenko said on Tuesday the conflict in eastern Ukraine could not be resolved without U.S. involvement in peace talks.

A diplomatic breakthrough last week potentially opened the way for an international summit between France, Germany, Russia and Ukraine aimed at finding a way to end the fighting.

“It won’t be possible to resolve the conflict without the participation of the United States,” Mr. Lukashenko said.

Belarus is a close ally of Russia.

Leaders of the U.S. Olympic team said “it’s more clear than ever that the path toward postponement” of the Tokyo Games “is most promising” – a conclusion drawn from a survey in which nearly seven in 10 American Olympic hopefuls say they don’t think the games will be fair if held in July. The U.S. […]

Officials say the Taliban killed at least 13 Afghan soldiers in battles that raged for three days in western Badghis province, where insurgents overran several army checkpoints. Jamshid Shahabi, the provincial governor’s spokesman, says the fate of a dozen other soldiers is unknown. He says the fighting erupted on Saturday in Bala Murghab district. The […]

According to the indictment, Muhammad Masood, a licensed medical doctor from Pakistan, was formerly employed as a research coordinator at a reputed medical clinic in Rochester, Minnesota. Source: thehindu.com Related