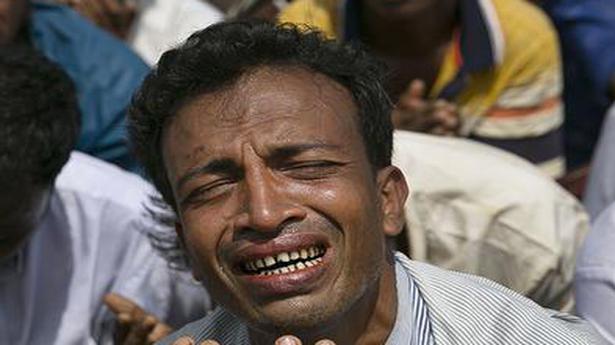 Two years ago, Bangladesh was a welcoming place for displaced Rohingya. Now they are perceived to be a drag on the host and a security threat. Bangladesh made a second attempt in August to send them back, but no refugee boarded waiting buses in the southeastern district of Cox’s Bazar to head home. There are no signs of a successful repatriation on the horizon.

That’s bad news for the country, apparently fatigued by the refugee crisis lingering since August 2017. Prime Minister Sheikh Hasina openly expressed frustration over Myanmar’s broken promises and failure to build trust among the Rohingya people. “It is regrettable that we are passing yet another year without any solution to the Rohingya crisis,” Ms. Hasina said at an event, alongside Malaysia’s Mahathir Mohamad in New York on September 24.

The mass expulsion of Rohingya by Myanmar’s security forces created a major humanitarian emergency in Bangladesh. Around one million Rohingya, from the latest and previous exoduses, live in a cluster of densely populated camps in Cox’s Bazar. Humanitarian efforts by local and international aid groups have successfully addressed the immediate priorities. Life-saving essentials — food, water, sanitation, shelter and basic health services — are now in place. Camps are much better prepared than before against rains: drainage has been improved and roads through the camps have been surfaced.

But patience is running thin in Bangladesh with the government fearing new security risks. In her speech, Ms. Hasina emphasised that the Rohingya crisis is a political one and deeply rooted in Myanmar. “And the solution has to be found in Myanmar.”

The government actions appear to be in response to recent incidents involving the Rohingya, according to the Human Rights Watch. A highly publicised attempt by the Bangladesh government to repatriate Rohingya refugees to Myanmar on August 22 failed because the refugees believe that the current conditions in Myanmar make their return unsafe.

In no time, a local leader of the ruling Awami League’s youth wing in Teknaf, Omar Faruk, 30, was murdered allegedly by a group of Rohingya refugees. In response, law enforcement officers then killed six Rohingya refugees who they said were involved in the murder, the HRW said in a report on September 18. Separately, police shot dead a detained Rohingya couple on September 22 linking them to a robbery gang.

Meanwhile in New York, Malaysian Prime Minister Mahathir came down hard on the Myanmar authorities bringing charges of genocide against them. The Rohingya faced untold brutality and were at risk of seeing an entire generation wiped out. “Some were able to escape but these lucky ones are now unable to return to their homes,” he said.

The Myanmar authorities still have not addressed the fundamental issues of the Rohingya being denied citizenship, freedom of movement, security and other basic rights, the Brussels-based International Crisis Group said in a recent report. For his part, Mr. Mahathir called for Myanmar to demonstrate that it is serious in alleviating the crisis. In doing so, repatriation should be the main priority, he said.

“The failed repatriation attempts have not only created an atmosphere of anxiety among refugees in the camps, they have demonstrated insincerity on part of the Myanmar authorities at enabling conditions for safe, voluntary, dignified and sustainable return of the Rohingya refugees,” Saad Hammadi, South Asia campaigner at Amnesty International, told this reporter.

Fighting between the Myanmar military and the Arakan Army, a militant outfit that draws its support mainly from the ethnic Rakhine population (a mostly Buddhist group distinct from the Rohingya Muslims), has escalated sharply since January. The Rohingya in Rakhine are caught between the warring parties, according to the Crisis Group.

That creates a further impediment to the refugees’ return. The conflict also has pushed repatriation down the list of priorities in Naypyitaw, which is currently focused on the Arakan Army insurgency and the national elections in 2020.

(Arun Devnath is a journalist based in Dhaka)

The United States Monday said it supports British sovereignty over the strategically important islands in the Indian Ocean, including Diego Garcia, and supported bilateral resolution of the dispute between United Kingdom and Mauritius. In a statement, the US State Department said it opposed a resolution of the dispute through the International Court of Justice as […]

Spanish Prime Minister Pedro Sánchez’s Socialists have won snap elections, without the necessary majority to govern solo, in a fragmented political landscape marked by the far-right’s entry into Parliament. The results raise the spectre of another period of instability for Spain, with Mr. Sánchez depending on alliances with hostile rivals in an environment that has […]