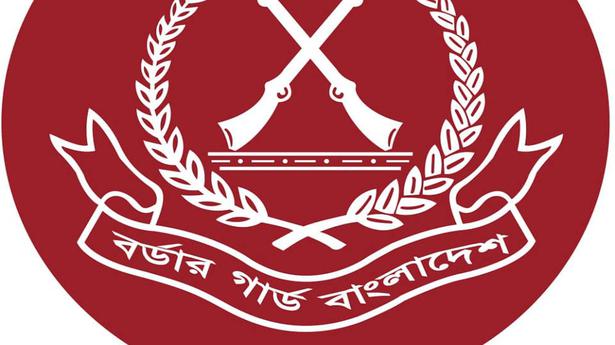 The Border Guard Bangladesh (BGB) has denied that it opened fire on Border Security Force (BSF) personnel, killing one, on Thursday in Jalangi area of Murshidabad in central Bengal.

The BSF has alleged that the BGB opened fire on its men on the Padma river, causing the death of head constable Vijay Bhan.

A BGB statement claimed that the BSF opened fire. Three Indian “engine boats” with fishermen entered the Bangladesh territory, approximately 350 yards from the zero line of the riverine border, it said.

The area fell under the Rajshahi battalion of the BGB. The fishermen’s intention was to catch Hilsha fish that were about to lay eggs and they were apprehended by a team consisting of members of Bangladesh’s fisheries department and BGP officials. One fisherman was taken into custody, while the rest fled, it stated.

A BGB patrol later “stopped four BSF members…after they intruded approximately 650 yards into Bangladesh territory at the confluence of the Boral river at Shahriaghat area of Charghat upazila, Rajshahi, on a speedboat.” One of the BSF men was in uniform, while the rest were wearing t-shirts and shorts, the statement said.

“It also needs to be noted that they were armed. After the BSF members tried to forcibly take away the detained Indian fisherman, the BGB patrol team informed them that he will be handed over through a flag meeting as per the rules. Moreover, BGB members told them [BSF men] that they would also be handed over to the BSF following the same procedure as they had also intruded into the Bangladesh territory,” it said.

Apparently, the BSF men “panicked” and “tried to leave the spot with the detained fisherman.” “At this time, BSF members, being agitated, opened fire and headed back to the Indian Territory while firing. Then the BGB members also opened fire in self-defence,” it stated.

According to the BSF, a flag meeting was called to defuse tension but it could not be completed.

When the BSF party was on its way back, there was firing from the Bangladesh side, causing fatal injury to Bhan and injuries to boatman-crew Rajbir Singh.

However, both sides agreed to investigate the incident separately and convened a separate flag meeting later that went off peacefully.

China National Health Commission Vice Minister Zeng Yixin said on Friday that 1,716 health workers have been infected by the coronavirus and six of them have died as of Tuesday. Also read | COVID-19: death toll in China nears 1,500 Zeng, at a press conference about protecting medical workers, said the number of infected medical […]

Twitter and Facebook said on Monday they had uncovered a campaign by China to use the social media platforms against pro-democracy protests in Hong Kong. “We are disclosing a significant state-backed information operation focused on the situation in Hong Kong, specifically the protest movement and their calls for political change,” Twitter said in an online […]

New Year’s Eve fireworks in Australia’s capital and other cities have been canceled as the wildfire danger worsens in oppressive summer heat, and pressure was building for Sydney’s iconic celebrations to be similarly scrapped. Temperatures on Tuesday were set to hit 38 Celsius (100 Fahrenheit) in the capital, Canberra, and 33 C (91 F) in […]