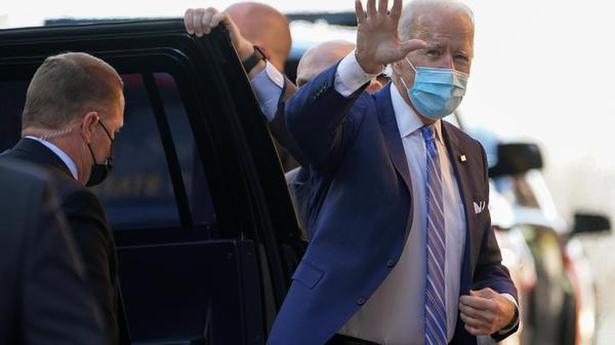 President-elect Joe Biden picked California Attorney General Xavier Becerra for secretary of health and human services as he prepares his administration’s response to the raging coronavirus pandemic and said he would name more Cabinet nominees later this week.

Mr Biden, who has already announced top nominees for his national security and economic teams, told reporters he expected to name his defense secretary on Friday and his nominee for attorney general sometime this week.

Jeff Zients, an economic adviser known for his managerial skills, was named coronavirus “czar” to oversee the response that will soon include an unprecedented operation to distribute hundreds of millions of doses of a new vaccine, coordinating efforts across multiple federal agencies.

“This team of world-class medical experts and public servants will be ready on Day One to mobilize every resource of the federal government to expand testing and masking,” Mr Biden said in a statement, adding that they would “oversee the safe, equitable, and free distribution of treatments and vaccines.”

Dr. Celine Gounder, a member of Biden’s coronavirus advisory board, told “CBS This Morning” that it still had not received a detailed plan for vaccine distribution from the outgoing administration of President Donald Trump.

“It’s not enough to acquire the doses of the vaccine, to purchase the doses. We also need to have a plan to distribute them all the way down to the level of the healthcare provider, the nurse,” Dr Gounder said.

More than 282,000 Americans have died from COVID-19, the disease caused by the virus, according to a Reuters tally. Authorities in California, the most populous state in the country with about 40 million residents, on Monday compelled much of the state to stay at home, the day after it reported a record 30,000-plus new cases.

Mr Biden, a Democrat, has pressed ahead with the transition even as Mr Trump, a Republican, refuses to concede the Nov. 3 election and wages a foundering effort to overturn the results with unsubstantiated claims of fraud.

Dozens of Trump’s legal challenges have been rejected by the courts, the latest on Monday when judges in Detroit and Atlanta tossed bids to decertify Biden’s election victories in Michigan and Georgia. Mr Biden won Michigan by about 154,000 votes and Georgia by about 12,000 votes.

In Georgia, Secretary of State Brad Raffensperger on Monday certified the state’s results, a statement said, after a third count confirmed Biden’s win. The Electoral College will formalize results nationwide on Dec. 14.

Meanwhile, Mr Trump’s personal lawyer Rudy Giuliani, who has led legal challenges in several states, was being treated in a Washington hospital after testing positive for the virus. Mr Giuliani, the latest in a long string of people close to the White House to catch the virus, including the president himself, was doing well and did not have a temperature, Trump said.

Johnson & Johnson said on Friday it is recalling around 33,000 bottles of baby powder in the United States after U.S. health regulators found trace amounts of asbestos in samples taken from a bottle purchased online. The move marks the first time the company has recalled its iconic baby powder for possible asbestos contamination, and […]

Total number of coronavirus cases in Pakistan rises to 799

Pakistan on Monday said the total number of coronavirus cases in the country stood at 799, even as the Army resolved to put together all resources to tackle the infection which has claimed nearly 15,000 lives globally. At least five people have died, while six have recovered from COVID-19 so far, according to the country’s […]