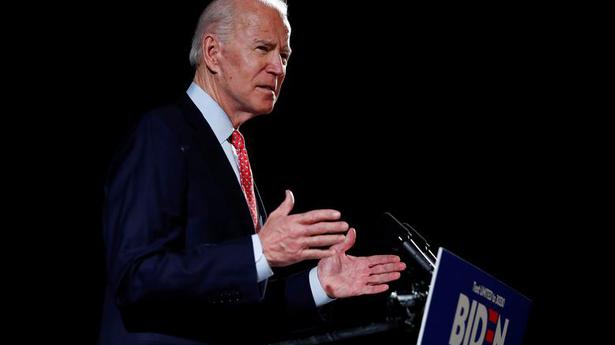 The letter urged that the Biden administration exclude executives, lobbyists and consultants working for or with companies such as Facebook Inc, Amazon.com Inc, Alphabet-owned Google, Apple Inc and Microsoft Corp.

U.S. President-elect Joe Biden was urged to reject the influence of Big Tech companies on his administration, by 32 antitrust, consumer advocacy, labor and related groups in a letter sent on Monday.

Earlier this month, Reuters reported that more executives from technology companies than outspoken tech critics were named to Biden’s transition team, offering clues on who will ultimately influence his administration’s thinking.

The letter urged that the Biden administration exclude executives, lobbyists and consultants working for or with companies such as Facebook Inc, Amazon.com Inc, Alphabet-owned Google, Apple Inc and Microsoft Corp. The groups argue that the companies’ business practices hurt consumers and the U.S. economy.

“We believe that your administration must confront the threats posed by the monopolistic Big Tech companies. … however, we can only bring these companies to account if you do not rely on affiliates of these very companies to make up your government,” the letter said.

Microsoft, Google and Facebook declined to comment. Amazon and Apple did not immediately respond to requests for comment. All companies, except Microsoft, are facing federal and state investigations against their business practices.

“We believe that eliminating the decades-old revolving door between Silicon Valley and your administration will only help your cause,” the letter added.

In October, Reuters reported Amazon and Big Tech were cozying up to the Biden administration with cash and connections.

President Donald Trump on September 18 announced what he said would be substantial new sanctions against Iran in the first response to what U.S. officials say was likely Iranian involvement in an attack on Saudi oil facilities. “I have just instructed the Secretary of the Treasury to substantially increase Sanctions on the country of Iran!” […]

Turkey, which threw its weight behind its ally Azerbaijan in the conflict, has been engaged in talks with Russia for a role in monitoring the ceasefire that ended six weeks of intense fighting between Azerbaijan and Armenia Turkey’s government submitted a motion to Parliament on Monday seeking its approval to deploy peacekeepers to monitor a […]

With Lula’s release, a reset in Brazilian politics is on the cards

Around 6 p.m. on Friday, a smiling Luiz Inácio Lula da Silva walked out of the federal police building in Curitiba. Surrounded by his supporters shouting Lula livre (Free Lula), Mr. Lula hugged and kissed his family members and Workers Party (PT) leaders as he left the building where he had spent 580 days since […]