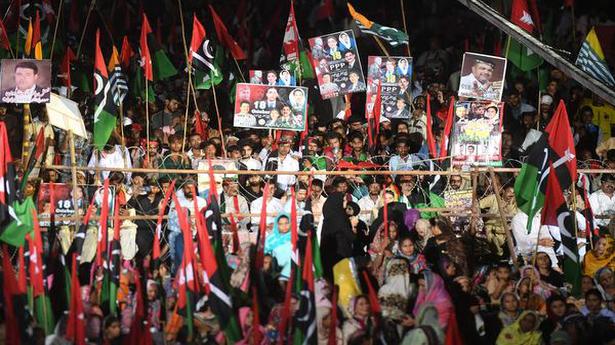 Pakistan’s Opposition leader Bilawal Bhutto-Zardari has announced that his party would hold nationwide anti-government protests to press Prime Minister Imran Khan to resign and restore “real democracy” in the country.

Mr. Bilawal, the Chairman of the Pakistan Peoples Party, said the government had lost its credibility in the masses as it did not fulfil any of its promises.

“Our demand is to restore democracy [in the country],” he said in his address at a party rally in Karachi.

“We don’t accept this artificial democracy the democratic and socio-economic rights of the masses shall be restored and for that Imran Khan has to resign.

Mr. Bilawal, 31, said all opposition parties had decided that the government must step down.

“Our anti-government movement has started from Karachi, he said, as he announced his plan for further protests across the country.

He said the PPP will protest in Thar on October 23, demonstrate in Kashmore in Sindh province on October 26 whereas rallies in Punjab will begin from November 1.

“We will tour the entire country… you [Imran Khan] will have to go. We will expose your incompetence in every nook and corner of the country,” he said.

The PPP Chairman said his party had always played a constructive role for the supremacy of Parliament but to no avail.

“Imran Khan neither has the capability nor seriousness to govern a country of 200 million people,” he said. “Parliament has been side-lined and politicians have taken to the streets.”

He alleged that the incumbent rulers had compromised on the issue of Kashmir.

The PPP leader said the 2018 elections were massively rigged, and even banned outfits were allowed to contest the polls.

“We don’t want our institutions to be controversial but when army personnel are deployed inside polling stations, their credibility will be questioned, he said.

Nine killed, 10 injured in coal mine accident in China

Nine people were killed and 10 others injured in a coal mine accident caused by a tremor in northeast China’s Jilin province. The workers were trapped in a shaft after the tremor jolted the coal mine under the management of Jilin Longjiabao Mining Co in Jiutai city in Changchun New Area Sunday night, state-run China […]

The world needs to “redefine” its conversations on globalisation to include social and humanitarian issues like terrorism, climate change and pandemics along with financial and economic discussions, said Prime Minister Narendra Modi, speaking at a video-conference of leaders of the world’s top twenty economies, the G-20, hosted by the Saudi King Salman bin Abdulaziz Al […]

Caroline Flack, a British television presenter who hosted the controversial reality TV show “Love Island,” has died at age 40, her family said Saturday. “We can confirm that our Caroline passed away today, the 15th of February,” the family said in a statement. A family lawyer said Flack had killed herself and was found in […]