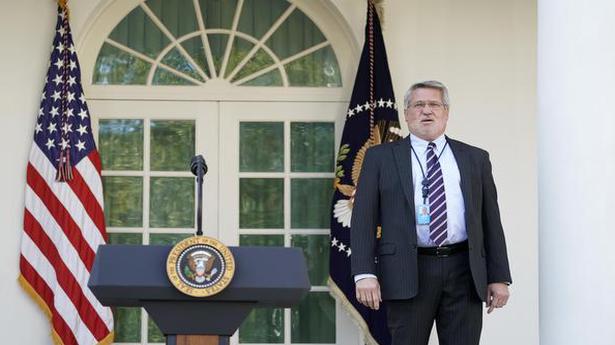 Mr. Shine, a former Fox News executive, resigned on Thursday and will serve as a senior campaign adviser ahead of the 2020 presidential election, White House spokeswoman Sarah Sanders said in a statement.

“We will miss him in the White House, but look forward to working together on the 2020 presidential campaign, where he will be totally involved,” Mr. Trump said. Mr. Shine said he was looking forward to spending more time with his family.

The former Fox News executive was named to the top White House communications job in July, 14 months after he left the network amid charges that he failed take effective steps to deal with sexual misconduct at the channel.

Law enforcement officials in Virginia said Thursday that they’ve taken down a multi-state drug ring and seized enough cheap fentanyl from China to kill 14 million people. The bust was announced in the wake of growing efforts to stem the flow of fentanyl from Chinese labs to the United States. The synthetic opioid often comes […]

Sri Lanka’s national intelligence chief Sisira Mendis has stepped down from his post in the wake of Easter Sunday bombings that killed over 250 people in April. While testifying before the Parliament Select Committee (PSC) last week, Mendis had claimed that President Maithripala Sirisena failed to hold regular security review meetings, Colombo Gazette reported. On […]

On Wednesday, hours after a chaotic debate between Mr Trump and Democratic presidential nominee Joe Biden, a video from a QAnon account that falsely claimed Mr Biden wore a wire to cheat during the event was trending on Twitter Source: thehindu.com Related