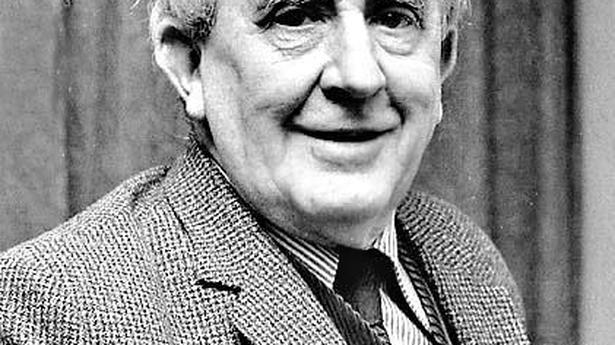 J.R.R. Tolkien’s fantastical world of hobbits, elves and orcs have won over fans around the world in the decades since The Hobbit and The Lord of the Rings stories were published.

Now the British novelist himself is the subject of a film that looks at his early years and inspirations for his works. X-Men actor Nicholas Hoult plays the title role in Tolkien, which follows the author as an orphan, his friendships at school in Birmingham, studies at Oxford University and on the frontline at the Battle of the Somme during the First World War.

“We wanted to honour him and tell our story that we thought was fascinating about his formative years that everyone, I feel as a fan…would be intrigued by,” said Mr. Hoult.

Mirror Mirror actor Lily Collins plays Edith Bratt, whom Tolkien met when he moved into a boarding house and who would later become his wife and inspire elf Luthien in his fictional Middle-earth world. “We show her dancing in the forest and…her cheekiness and her love of storytelling and the way that she just would inspire him to continue telling stories,” Ms. Collins said.

Tolkien, who was a professor of Anglo-Saxon Studies at Oxford, published The Hobbit in 1937. The Lord of the Rings came in three parts between 1954 and 1955.

More than 150 million copies of The Lord of the Rings have been sold worldwide. The film adaptations and those for The Hobbit trilogy have grossed around $5.8 billion at global box offices.

Tolkien died in 1973, aged 81. His family and estate have distanced themselves from the movie, saying in a statement last week “they did not approve of, authorise or participate in the making of this film. They do not endorse it or its content in any way.”

Controversial Islamic preacher Zakir Naik, who was granted permanent residency in Malaysia after he fled India on being charged with giving inflammatory speeches, has been barred from holding religious talks in several Malaysian states. Naik, who has been living in Malaysia for the last three years, is in the limelight for his remarks against non-Muslim […]

The United Kingdom (UK) Parliament on Thursday suspended one of Britain’s longest-serving Indian-origin MPs Keith Vaz for six months after he was found to have “expressed willingness” to purchase cocaine for male prostitutes. MPs approved the suspension after the Parliament Standards Committee concluded in its report that the 62-year-old Goan-origin Labour Party MP for Leicester […]

Impossible to predict when COVID-19 pandemic will be controlled: WHO

This virus may never go away, said Dr. Michael Ryan, in a news briefing on Wednesday. He said that the number of people infected by COVID-19 so far is relatively low. Source: thehindu.com Related